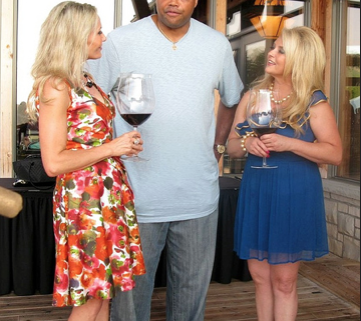 Watch The Wine Ladies TV out on location at the Georgian Bay Club for the Ford Wayne Gretzky Classic  held in July 2010 in support of the Wayne Gretzky Foundation.

Gretzky fans had the opportunity to watch 160 professionals play with celebrities and amateurs in a pro-am style tournament.- with proceeds from the tournament to benefit the Wayne Gretzky FoundationThe Wine Ladies caught some star dust as A list celebrities from the world of sports, entertainment and business were there to support Wayne and his foundation all for the kids.

The “Great One” becomes the “Grape One” with No 99 Wayne Gretzky Estate!

Wine is not a beverage you would associate with hockey, but now that Wayne Gretzky is coaching behind the bench, rather than scoring on the ice, he can allow himself that indulgence. “Janet and I have, for many years, wanted to fulfill a dream of launching a winery that makes world-class wines,” he says. And he has with his No 99 Wayne Gretzky Estate award winning wines.

No 99 Wayne Gretzky Estate winesflowed at the “Star Power” party sparkling with sports legends including Brett Hull, Sir Charles Barkley and Damon Allen, “the Dragons” Jim Treliving and Robert Herjavec and Jerry Ferrera (Turtle from HBO’s Entourage) just to name of few. We were there to catch some of the star dust with The Wine Ladies out on location at the Ford Wayne Gretzky Classic.
Wayne Gretzky Foundation Creed; Put Every Kid in the Game. 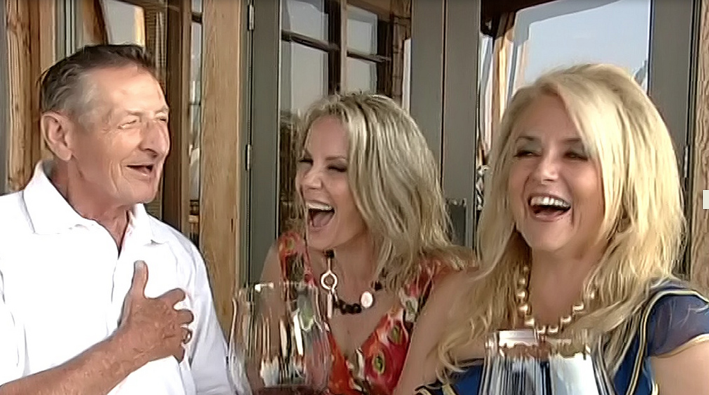 With Walter Gretzky. The Wine Ladies TV out on location at the Georgian Bay Club for the Ford Wayne Gretzky Classic.

Perhaps the most famous coaching advice in all of hockey came from Walter Gretzky.

He told his son not to focus on where the puck is, but where the puck is going. That’s good advice for life too. The puck is going to our kids. Our future. Hockey is our game. It promotes fitness and personal development. That’s why the Wayne Gretzky Foundation is focused on putting hockey and well being within every kid’s reach. It’s not just about equipping kids for hockey. It’s about equipping kids for life. You’re guaranteed to miss one hundred percent of the shots you don’t take. Every kid deserves a shot. Let’s put every kid in the game. 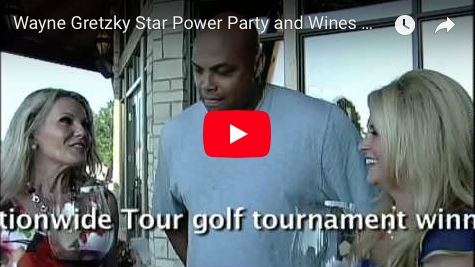 Many thanks to Gina and Deborah for the fabulous fashions provided by and Silkeborg www.silkeborg.ca ,with two location in Oakville and Niagara-On-The-Lake as well as the stunning jewellery provided by SNO OF SWEDEN http://www.snoofsweden.com/ so we looked “Green carpet” ready to meet Wayne. As well as to T-Zone Oakville http://tzonestudio.ca for keeping us in tip top shape to meet the stars.

If you missed last week’s TV show not a problem, watch The Wine Ladies TV podcasts and archived shows on www.thewineladies.com and www.thatchannel.com/TheWineLadies from anywhere and anytime.

Also, don’t forget to set that radio dial to The Jewel Radio Network at 88.5 FM in Toronto, 98.5 in Ottawa and 107.7 in Hawkesbury on line at www.jewelradio.com every Sunday morning at 8:30a.m. to connect with The Wine Ladies radio show.

Standing ovations for The Canadian Tenors at Jackson Triggs Twilight In the...