Toronto: The iconic Hockey Hall of Fame was the place to be Jan 30th, 2012 for the official launch of a line of hockey inspired wines, “Hat Trick Red” and “Hat Trick White”.

The idea is based on the tradition of the “Hat Trick” where a hat trick occurs when a player scores three goals in a single game, culminating with fans throwing hats onto the ice from the stands. Pretty cool idea and as the “Hat Trick Red” and “Hat Trick White” are each produced from 3 red grape varieties (Cabernet Sauvignon, Cabernet Franc and Shiraz)  and 3 white varieties (Gewurztraminer, Riesling and Chardonnay)  by 3 winemakers ( Scott McGregor, Jason Roller and Tom Green) from the state of the art, Niagara-on-the-Lake winery, Diamond Estates Wines & Spirits. 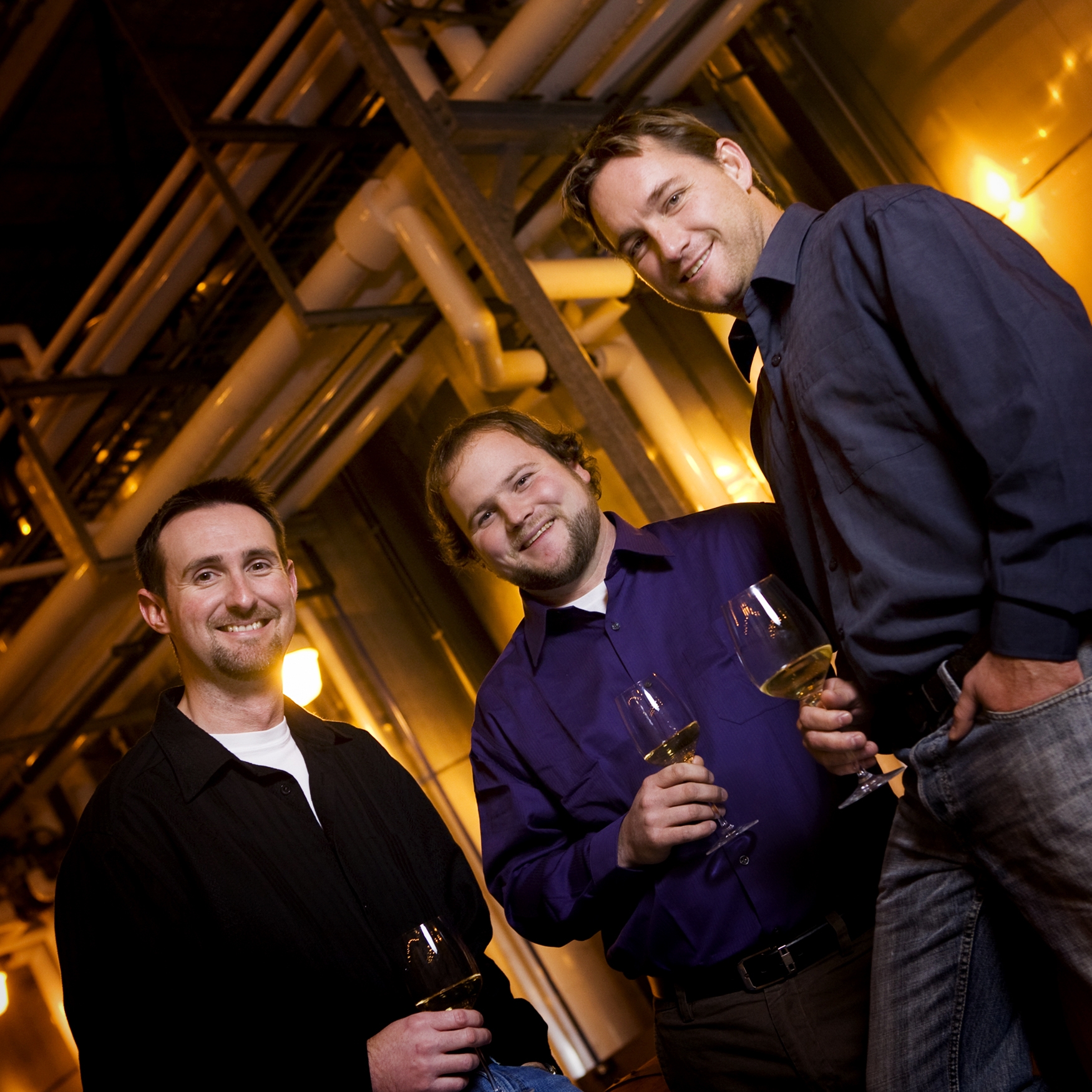 The winemakers of Hat Trick wines

What a great idea! Hockey is Canada and this “wine hat trick” was specifically crafted in collaboration between the former NHL Stars and the winemakers. “Proceeds (.50 cents) from each bottle sold of “Hat Trick” wine go right to the NHL Alumi Association to support various charitable causes and promote the game of hockey”, according to  Murray Marshall, President & CEO of Diamond Estates Wines & Sprits Ltd.

The evening sparkled with hockey greats in attendance, including Mark Napier, the Executive Director of the NHL Alumni Association, who stated  “We’re just thrilled how they turned out,” he said. “Our first criteria was a great wine, our second criteria was the price point.”We don’t want to just go out and sign bottles. We want people to drink those bottles.” 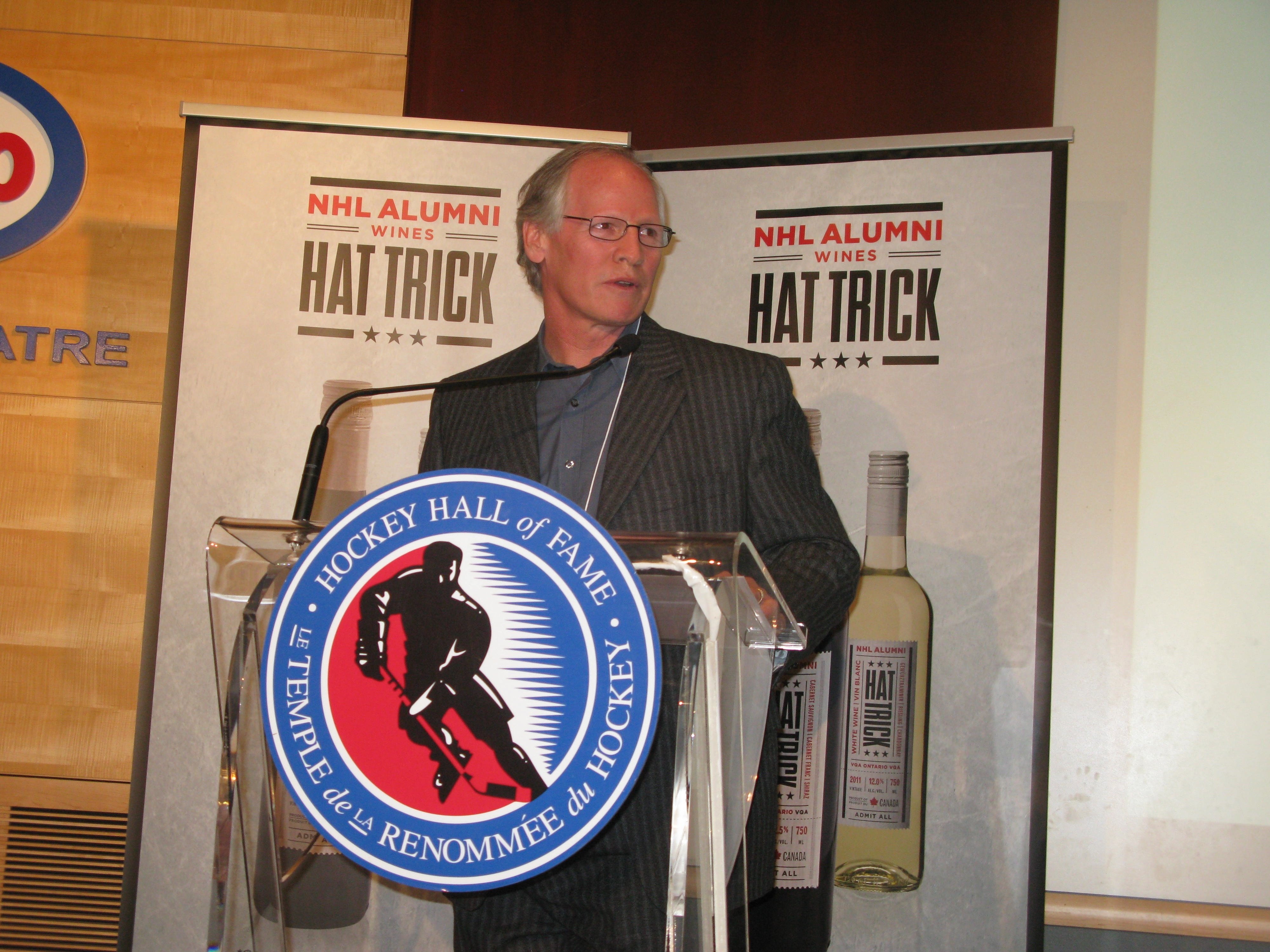 A thrill to meet Johnny Bower, the Hockey Hall of Fame goalie who in 1962, 1963 and 1964 help bring home the Stanley Cup for the Maple Leafs’. We told him, “Johnny, we come from a family of all girls and the only time our Dad, got the TV without a fight, was Saturday Night  and Hockey Night In Canada. Great memories and great times! Hockey touches all Canadians one way or another to be sure!

We asked, him what he thought of the wine? “It’s a nice wine to drink, a really nice, sweet wine,” the 87-year-old said of the Hat Trick Red. “You can’t go wrong.”It tastes good and the price is right.” 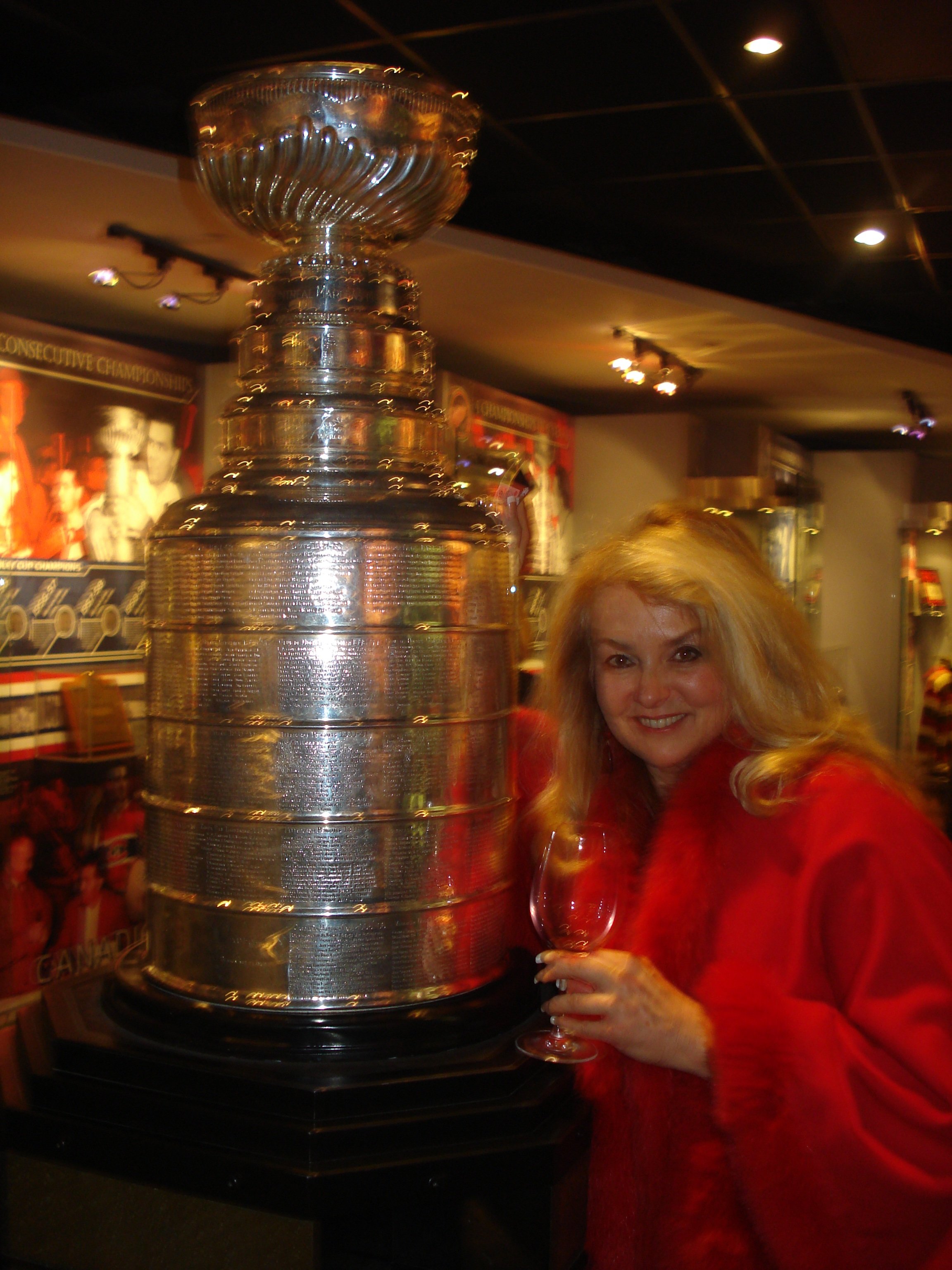 Our Dad would be proud!

FREE Champagne Opener! Special offer for the month of June 2012