Not quite, but it is a “Ripasso” which referments Valpolicella Classico on dried Amarone grapes. The result deeper colour, bigger body, more intense flavour! Our Wine Pick, the Remo Farina Ripasso 2009 Valpolicella Classico Superiore. Look for cherries and spice on the nose, good length,full flavour. Really enjoyed with our pork loin and grilled veggies. Lots going on in the glass, great value for $16.95 (Ontario) @TheWineLadies 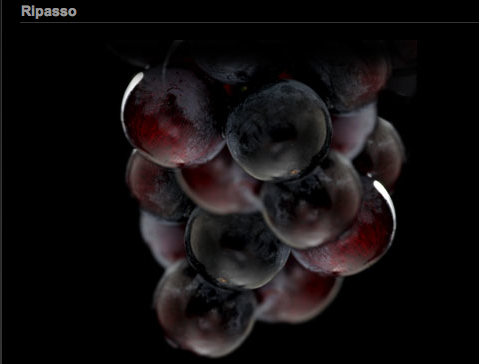 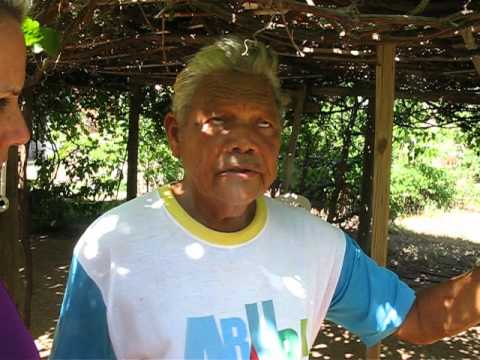 END_OF_DOCUMENT_TOKEN_TO_BE_REPLACED
https://www.thewineladies.com/wp-content/uploads/2017/09/0-25.jpg 360 480 Susanne Seelig-Mense https://www.thewineladies.com/wp-content/uploads/2017/08/WineLadiesLogoTransparent.png Susanne Seelig-Mense2012-07-24 03:34:042018-02-10 19:10:18ARUBA Winemaker, The Wine Wizard,The Wine Ladies TV
Had the palate pleasure to enjoy this PinotNoir, with one of our favorites, sockeye salmon on the BBQ!  Great, never mind good Pinot Noirs are routinely more difficult to find, at a reasonable price point than most other mainstream grape varieties. Here, no shrinking violet, this Pinot delivers big black cherry, vanilla and a touch of spice on the palate while clocking in at 13.9% alcohol. Aged one year in French oak and three years in bottle, good weight, complexity, flavour and finish.
Tinhorn Creek Vineyards has been owned and operated by the Shaunessy and Oldfield families since 1993. The winery is located south of Oliver, BC, in the famed Golden Mile wine-growing district.
Tinhorn Creek sources fruit exclusively from its own vineyards: 150 acres of prime land on two very distinct benches.
The 100-acre Diamondback Vineyard on the Black Sage Bench and the 50-acre Tinhorn Creek Vineyard on the Golden Mile Bench. Winemaker Sandra Oldfield, produces the Oldfield Series from grapes carefully selected at harvest and hand crafted in the cellar.  Enjoy! @TinhornCreek @TheWineLadies 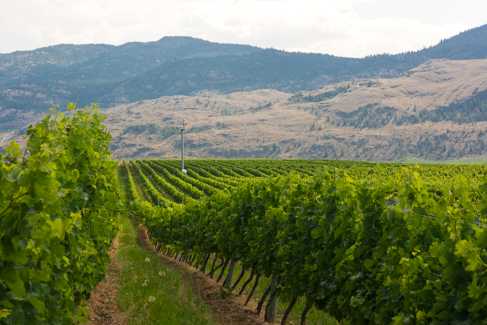 This 2011 Viognier reminds us how much we love luxurious, full bodied, aromatic and seductive wines, particularly when the nose presents itself with a summer blend of peach and melon and fresh flowers. Swirl and sniff, then delight in a mouth filling delectable flavor suggestive of fresh apricot, more peach, hint of grapefruit backed up with freshness and bright acidity ending with a lingering finish.

Stags’ Leap Winery is one of California’s earliest wine estates, dating back to 1893. It is seven miles north of Napa on the valley’s eastern side and has 90 acres of vineyards planted. Long established as a winery true to its terroir Stags’ Leap is known for its elegant wines and intensity.

For years the winery included a small amount of Viognier in their Petite Syrah and only produced a tiny amount of Viognier for family and friends. We are so glad they decided to share with the rest of us, and have now been releasing this deliciously fresh and fragrant wine for over ten years. Locally available in Ontario $34.95 @thewineladies @Wine_Ambassador www.stagsleapwinery.com 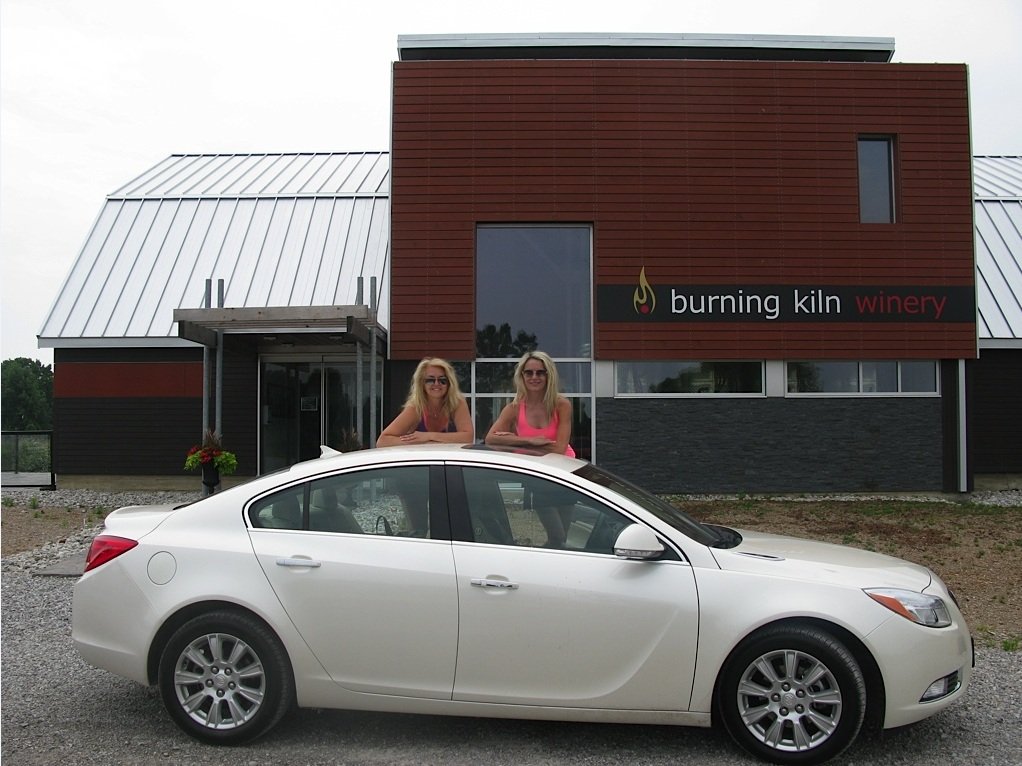 It’s an exciting day, new experiences await us; as we hit the road in our new sporty Buick Regal eAssist, http://www.gm.ca/gm/english/vehicles/buick/regal/overview which we are test driving and loving already. On the road to the “South Coast” an upcoming wine region, soon to be Ontario’s newest designated viticultural area, we are headed for an exhilarating day of adventure for not only our palates, but our body and soul too!

On a mission to experience first hand the excitement and rush of zip lining and rappelling, followed by a luxurious lunch and beautiful wine tasting at Burning Kiln Winery. http://www.burningkilnwinery.ca/  If all goes according to plan we’ll be leading a tour here sharing this unique adventure and culinary treat.

It’s a two-hour drive from Toronto, we fill up the tank and our coolers and drive in style, with the tunes rocking and the AC purring and keeping us “tres cool”! Our GPS set to Long Point, on the north shore of Lake Erie, where our adventure will take place, designated as a Biosphere Reserve by UNESCO.

Our action-packed excursion begins at Long Point Eco-Adventures http://www.lpfun.ca/  offering up unique and exciting experiences including breathtaking zip lines, rappelling, mountain bike tours, kayaking and more.  We are greeted by our two guides Adam and Dillon, who have laid out the necessary apparatus for us to suit up, complete with harness and helmet. This zip lining is serious business, with clips and buckles being checked, double checked and checked again.

END_OF_DOCUMENT_TOKEN_TO_BE_REPLACED

We hope you all had a fabulous celebration with friends, family, fine food and wine, in honor of our nation’s 145th birthday! We sure did, and totally enjoyed with our dessert sipping on Colio Estate Winery’s Late Harvest Vidal, Ultra Premium VQA.

A little sweetness is always welcomed, whether in the glass or on the plate, or both!
A perfectly delightful pairing we enjoyed was the CEV Late Harvest Vidal; with an assortment of freshly baked cookies including spiced ginger cookies and mouth watering almond biscuits! The wine gives up a yummy bouquet of apricot and peach, with a touch of honey on the palate. Well chilled and exuberantly received by our flag waving, fellow Canucks enjoying this wine from Lake Erie North Shore. www.coliowinery.com for more info
$9.85 for 375 ml. 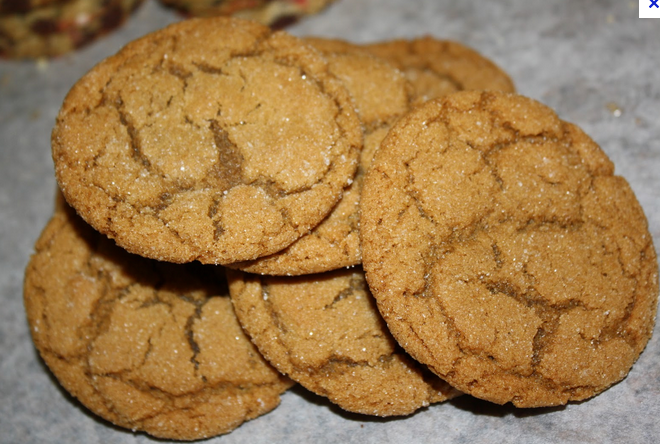 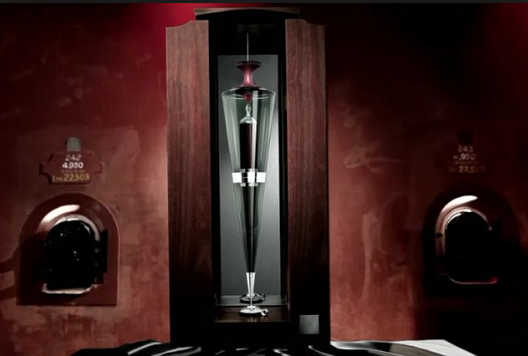 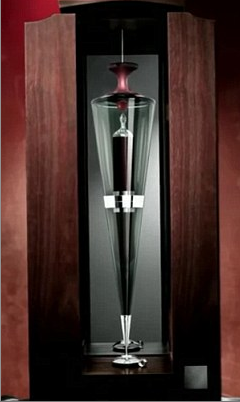 Move over Grange, make room for a new Penfolds flagship wine… the release of the most expensive bottle of wine, the 2004 Kalimna Block 42 Cabernet Sauvignon. Only a dozen available, at $168,000 per bottle. This special wine is made from grapes of a rare, single 10-acre vineyard, planted in the mid 1880’s. The vines, according to Penfolds are thought to be the oldest continuously producing Cabernet Sauvignon vines in the world!  The 2004 Block 42 is only released in the best vintages.

The packaging, the story and the wine itself, extraordinary! The wine encased in a specially designed hand-blown glass “ampoule”, suspended inside a bespoke glass container. All of  which sits inside a wooden cabinet. This wine can only be opened by a trained expert as there is no cork, no screw cap. Not to worry, included in the price, a senior member of Penfolds’ winemaking team will be dispatched to you.  At the location of your choice, anywhere in the world. To open and decant the ampoule in a special ceremony, complete with the sampling of the wine using a specially crafted sterling silver tastevin.

For those with a  limited budget, we can enjoy Penfolds with the recent release here in Ontario of the BIN 389 Shiraz 2008. This wine referred to as the “Poor Man’s Grange” or “Baby Grange”. For many wine lovers, their preferred Penfolds wine, BIN 389. $39.95 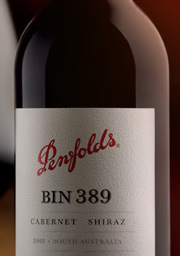 Deep garnet-purple in colour, with an aroma offering up notes of mocha, cloves and chocolate over a core of blueberries and cherries, nuances of tobacco and leather. Full bodied, with lively acidity, good structure and tannins. 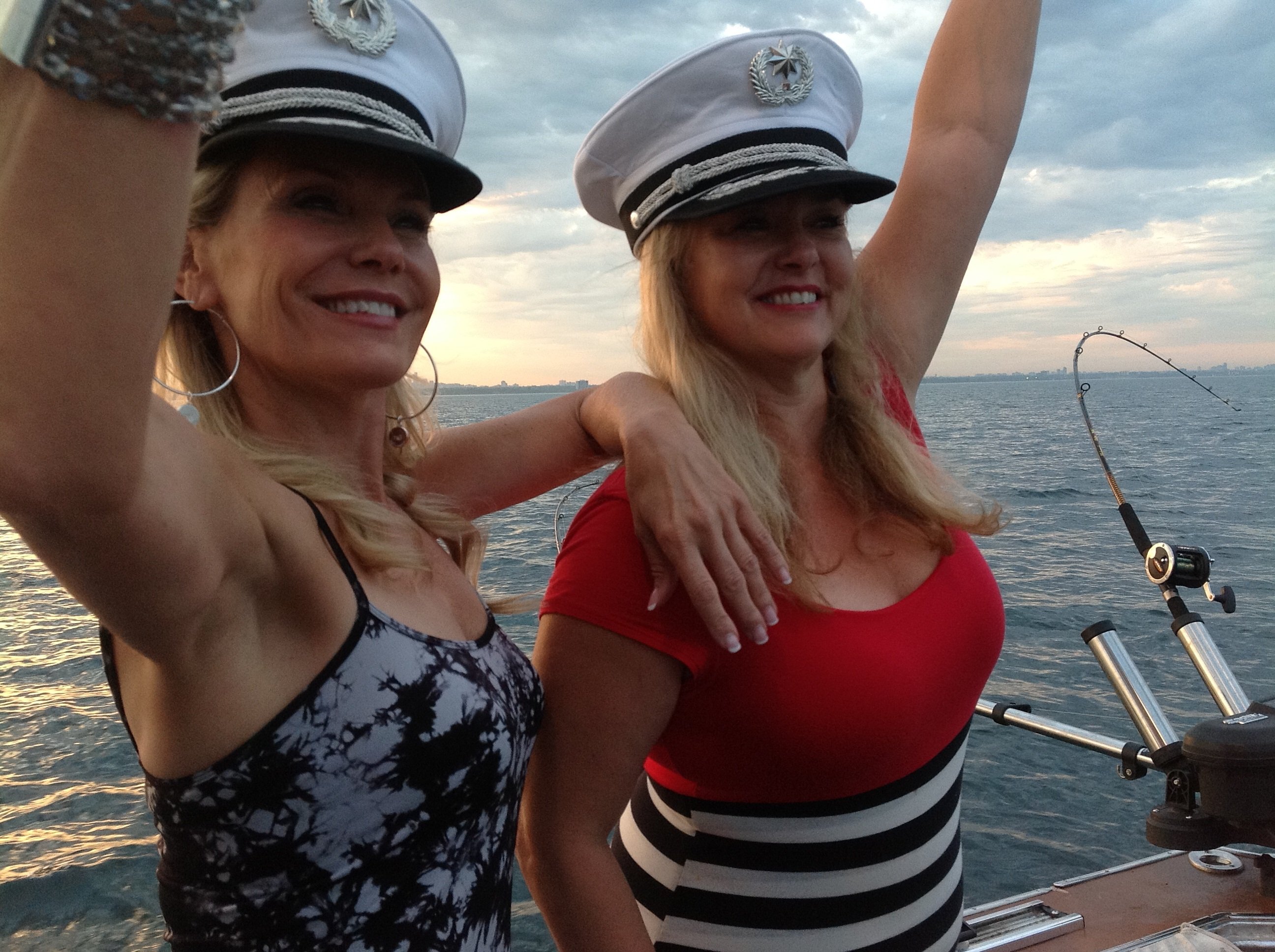 Join The Wine Ladies as they take to the water for a glorious 4-hour cruise of fine wine, food and the adventure of salmon fishing! If you’ve never tried it, here’s the perfect opportunity to join an intimate group of 20 for a fun filled, food and wine excursion!  To purchase your exclusive ticket on line http://guestli.st/111315 or call 905-338-6797

Enjoy a memorable evening, aboard the luxurious 52’ yacht custom made Sportfish,as we set out on a pleasure cruise where you can choose to sit back, take in the views and the serenity of the lake, while enjoying some music and  select wines paired with our favorite cheese-monger’s choice cheeses… OR cast a line and try your luck and test your skill! Our skipper will be there, ready to lend a helping hand, it’s as easy as 1-2-3- to fish on our cruise!  Even if you’re not manning a line, join in the commraderie and excitement when there’s a tug on one of the 8 lines cast in the waters… first fisherman to make a catch wins a prize!   Lots of prizes to be won throughout the cruise. 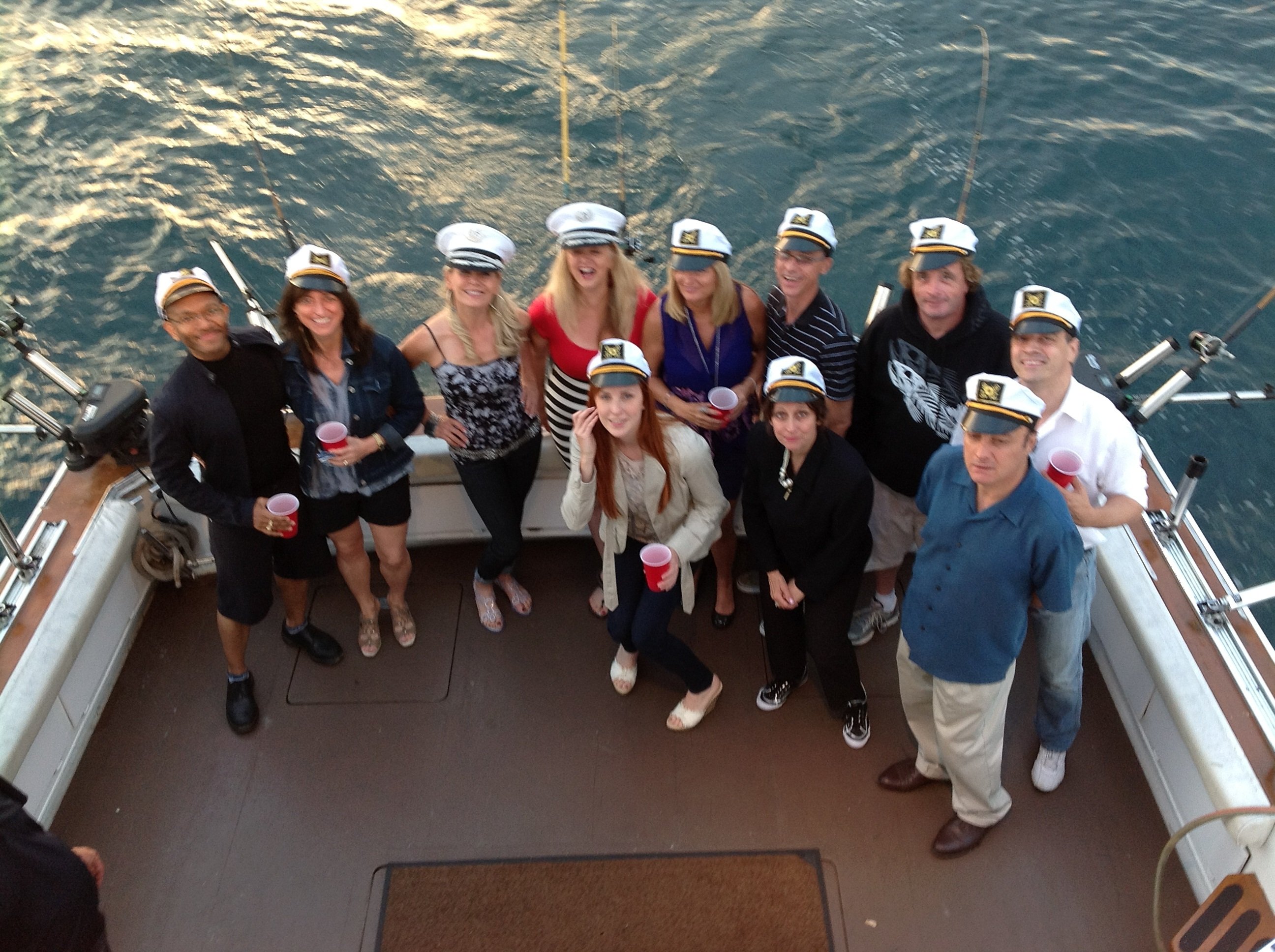 We’ll start in Port Credit, where handsome young crewman and a perfectly chilled glass of sparkling wine will greet you. On board a steady stream of delectable hors d’oeuvres and excusive wines await you. As we cruise the waters of Lake Ontario embrace the fresh air and the beautiful vistas of Port Credit, Oakville and surrounding areas.

For the “sport minded”, either novice or avid fisherman, Captain Andrew and his mate are ready to make this fishing experience one to remember! The yacht is fully rigged with the very latest in fish finding electronics and fishing gear. Please see video of the 1st fish caught form the June fishing adventure.

The Wine Ladies invite you, for what promises to be a fun filled culinary and sport adventure, something a little different for couples, groups of friends or singletons too. Please view a review of one of the wines enjoyed that day.