My husband and I regularly enjoy a glass or two of wine with our meals with our favourites usually coming from either Australia or California. We never really got into French wines but just recently attended a tasting featuring a couple of wines from Bordeaux and absolutely loved them!
There was one in particular that we both really enjoyed and was within our budget. The name of the wine was Chåteau Larose Trintaudon, Cru Bourgeois.  We purchased a couple of bottles to bring to an up coming dinner party and would like to know a little more about this wine including what Cru Bourgeois means? Perhaps a few words on the region of Bordeaux as well. Thanks Wine Ladies.

Welcome to the world of French wines and to one of the most famous wine regions in the world, considered by many to be the greatest region for producing fine wines. Still till today the wines of Bordeaux are also seen as “benchmark” wines for Cabernet Sauvignon and Merlot wines being made around the globe.

Here is a little basic information on the region to start.  Bordeaux is located in the southwest of France and is actually a very large wine growing region, which produces over 900 million bottles annually. The Gironde River basically divides the region, with the chateaux on the left side referred to as the “Left Bank” producing wines predominantly with the grape Cabernet Sauvignon, and those on the right, or Right Bank with a focus on Merlot.

The Chåteau Larose Trintaudon you enjoyed comes from the Left Bank.  Bordeaux produces both white and red wines with the majority – 90% being red.

Unlike the new world wine regions that state the grape, whether a Pinot Noir, Shiraz, Cabernet etc…on the label, the wines of Bordeaux do not. Bordeaux wines are typically blends which for the red can include any or all of the following; Cabernet Sauvignon, Merlot, Cabernet Franc, Petit Verdot and Malbec, used much less today than in the past. One of the pivotal times in the history of Bordeaux and her wines was the famous 1855 Classification of the wines, a ranking system initiated by Emperor Napoleon the 3rd which still influences today’s market. A total of 58 Chateau were selected, four 1st Growths such as Chåteau Lafite Rothschild and Chåteau Margaux. The list included 12 seconds, 14 thirds, 11 fourths and 17 fifths. It is an interesting story how this all came about, should you decide to delve into it a little further.

Of course there are so many incredible Bordeaux wines to explore and enjoy, wines of suburb quality and at great value including the one you mentioned that we too were very impressed with, Chåteau Larose Trintaudon. The origins of this domain go as far back as 1719 but it was in 1817 that the vineyard was first planted on a gravelly hillside with a terroir that proved to be exceptional for the Bordeaux varietals. Today Chåteau Larose Trintaudon is one of the largest vineyards in the Medoc both in size and production and is recogn ized in the world over as a top quality Cru Bourgeois. The Chåteau was also one of the very first to earn this recognition to be classed as a Cru Bourgeois in 1932 of which the company is very proud. Chåteau Larose Trintaudon also owners of Chåteau Larose Perganson and Arnaud are one of the pioneers in Bordeaux in terms of practicing sustainability and have been credited with the highest evaluation in sustainability and earned the label “Responsible Vineyard” as one of the leaders in France.

Our appreciation and enjoyment of the wines Chåteau Larose Trintaudon and the Perganson has lead us to invite the Winemaker and CEO of the company Franck Bijon, from Bordeaux to join us here and lead a spectacular Winemakers Dinner. We invite you to join us on February 22nd for what will be an incredible four-course dinner created by Chopped Canada winner Executive Chef JohnRoss Woodland of Noble Bistro. Featuring these fabulous wines and a quintessentially French pastry the macaron, both sweet and savoury,this will be an evening to remember. For more details visit www.thewineladies.com

Ask The Wine Ladies… How do we lose the extra 5 lbs and still enjoy an occasional glass of wine? Keto//OS

Ask The Wine Ladies. Is there such a wine as a white Chateauneuf-du-Pape?

Can Icewine come as a sparkling icewine?? Ask The Wine Ladies 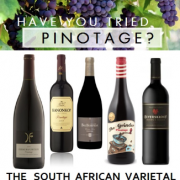 The other white grape variety, Aligote in Burgundy. Ask The Wine Ladies.
0 replies

Ask The Wine Ladies – Is the sediment at the bottom of the bottle all...
Scroll to top