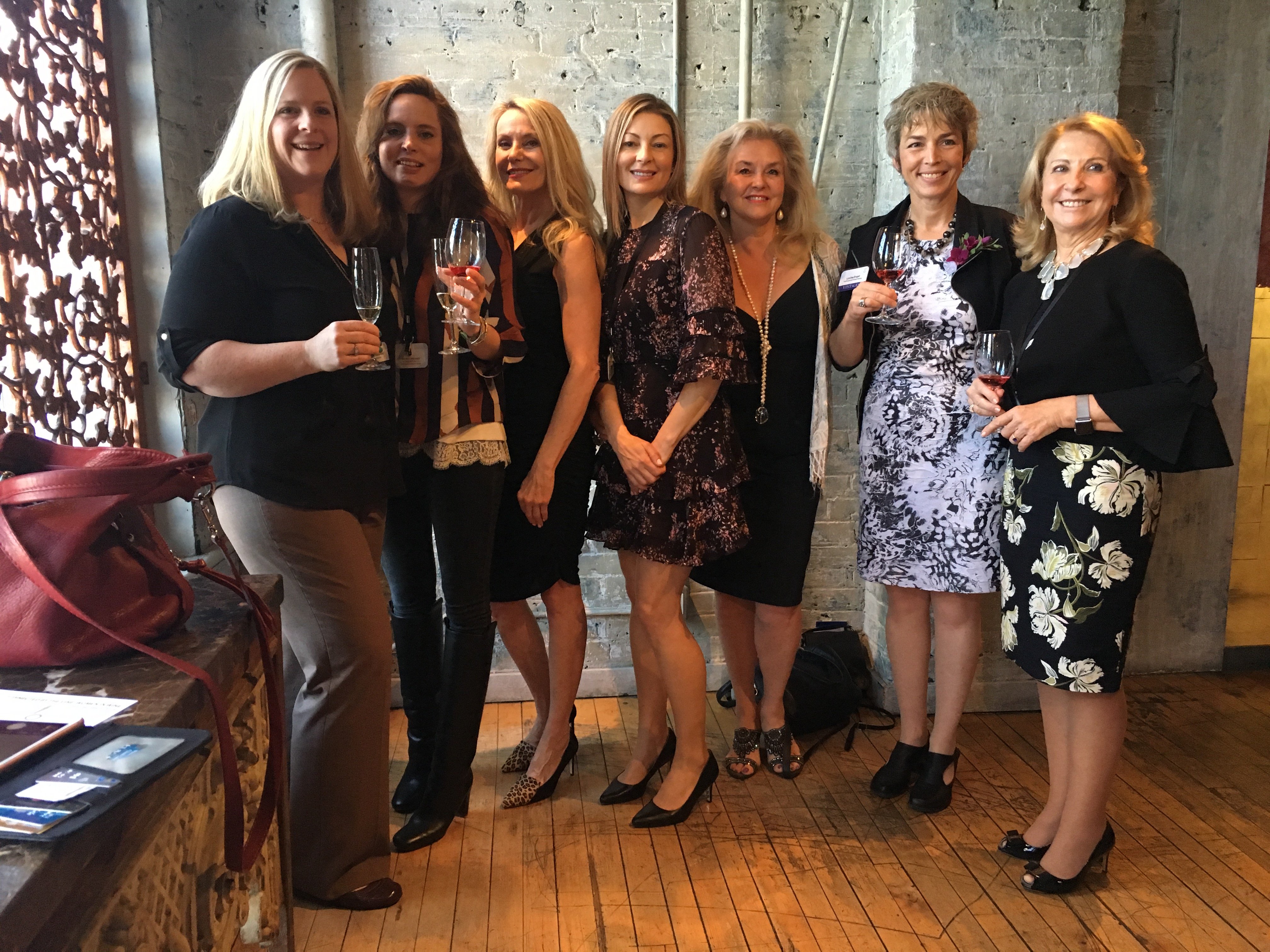 We spent a beautiful Saturday afternoon in May just before Mother’s Day at George Restaurant in Toronto. What an amazing treat!

A pre Mother’s Day event celebrating mothers and some super wines made and marketed by some very accomplished Women in Wine from around the world. The afternoon consisted of a formal structured tasting moderated by Jennifer Huether, Canada’s first Master Sommelier who did an outstanding job! Followed by a 4 course luncheon created by Executive Chef Lorenzo Loseto, GEORGE Restaurant

First up one of The Wine Ladies favourites, Champagne. And this was no ordinary Champagne. The Taittinger Comtes de Champagne Blanc de Blancs Champagne 2006 VINTAGES#: 55277  $229.00 per bottle. A stunning Champagne, with fine integration of the wonderful bight acidity, rich mineral character and creamy palate of glazed apricot, biscuit and passion fruit flavours. Superb.

Birds of a feather to flock together! The Featherstone Black Sheep Riesling 2017 VINTAGES#: 80234   $16.95 per bottle from Niagara. Lovely bright notes of lime blossom, lemon zest and flint. Considered by many critics among the best Riesling made in Ontario. Loved it!

Just coming off of Malbec World Day, April 17th, we were delighted to see another beautiful Malbec to enjoy. This one did not disappoint. The Susana Balbo Signature La Delfina Altamira 2013 VINTAGES#: 127514 $75.00 per bottle. Exploding aromas of blackberry, black cherry, and violets framed by hints of oak. This is a rich and ripe style of wine, reigning in the fruit and focusing it into a long finish. Salud!

Last but definitely not least the Robert Mondavi Winery Reserve Cabernet Sauvignon 2014 VINTAGES#: 670463 $149.00 per bottle From Napa, California this Cabernet showcases beautifully with its concentration of dark cherries and blackberries. Long and lingering luscious finish. Excellent! 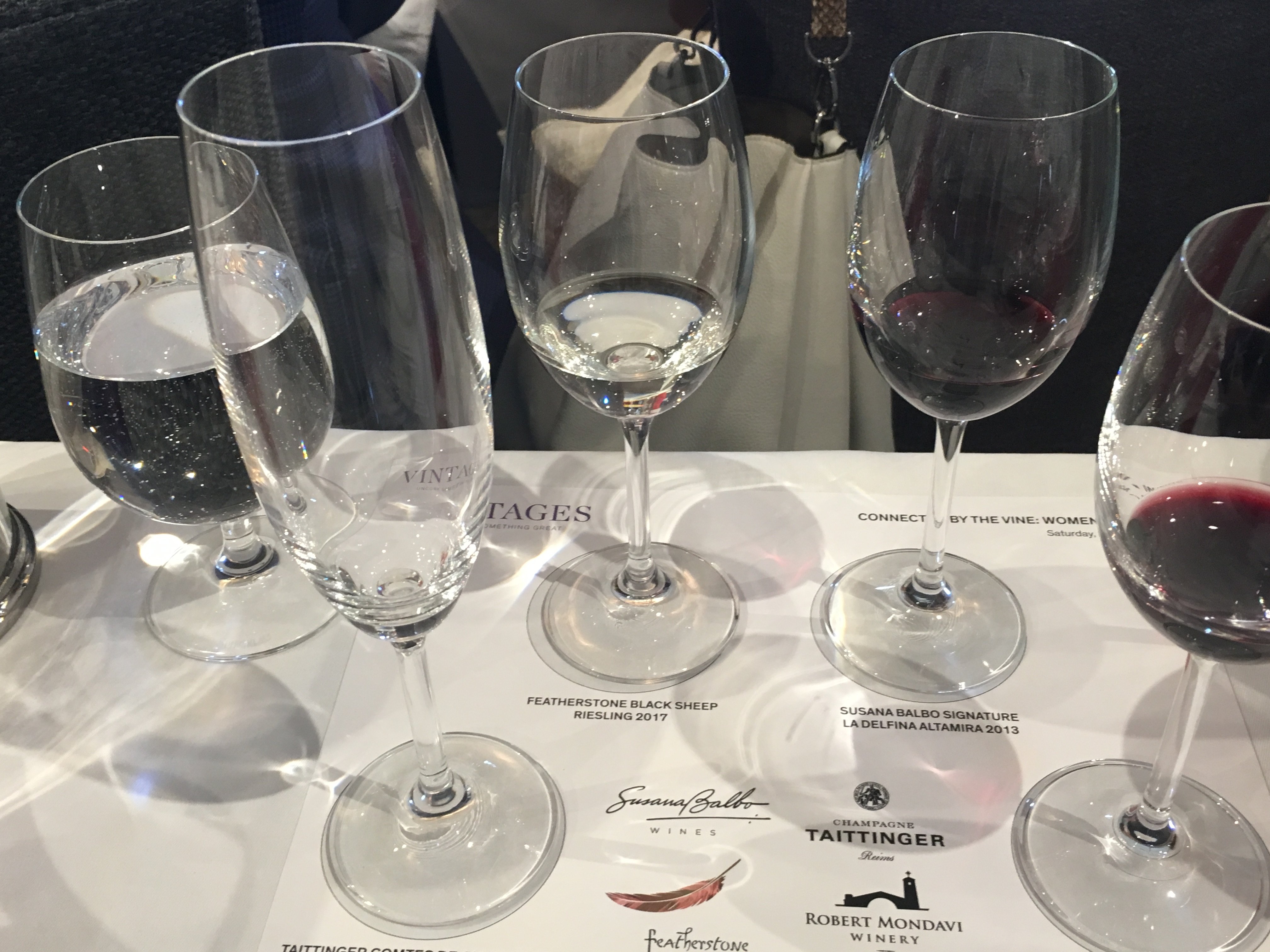 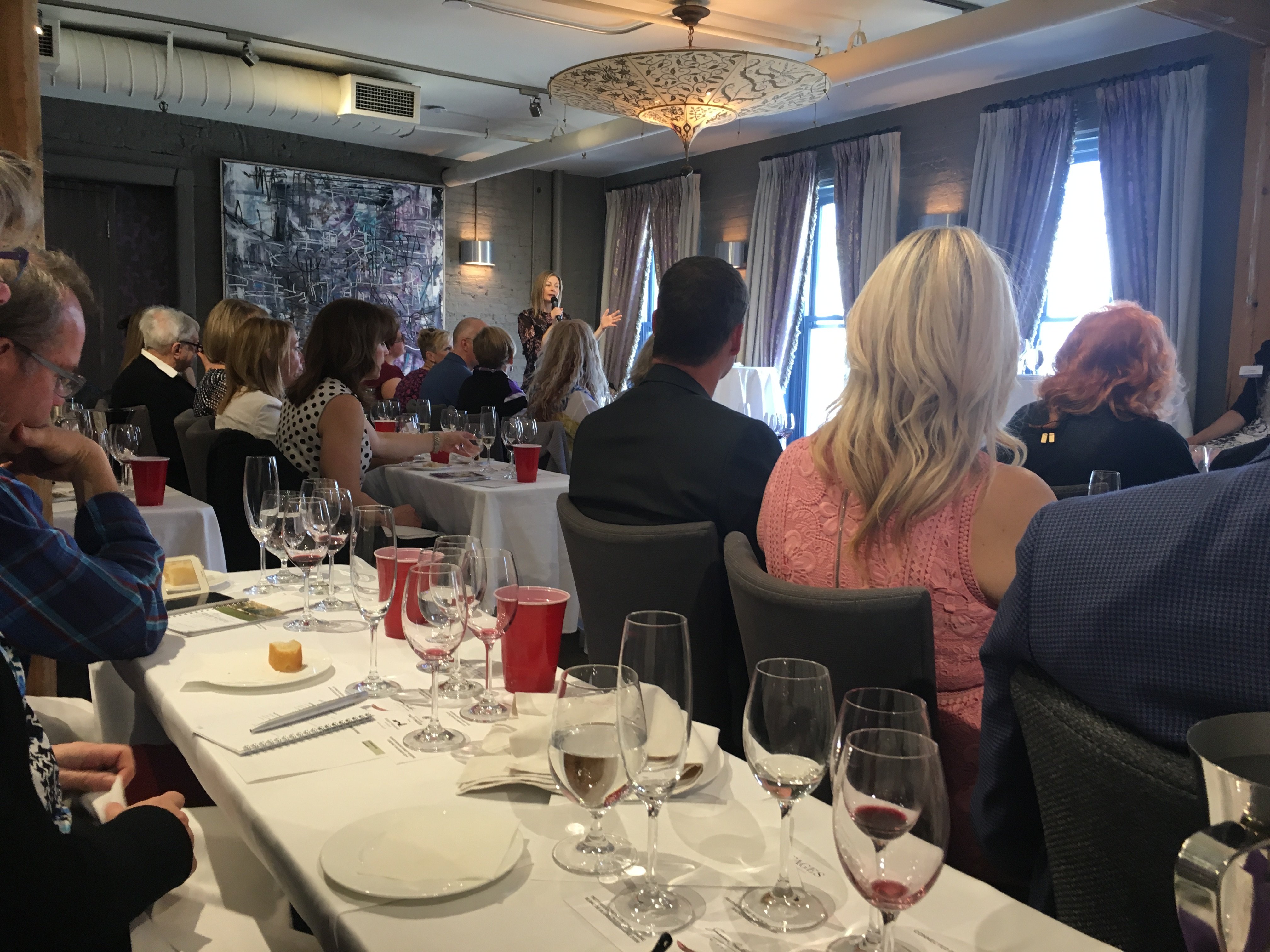 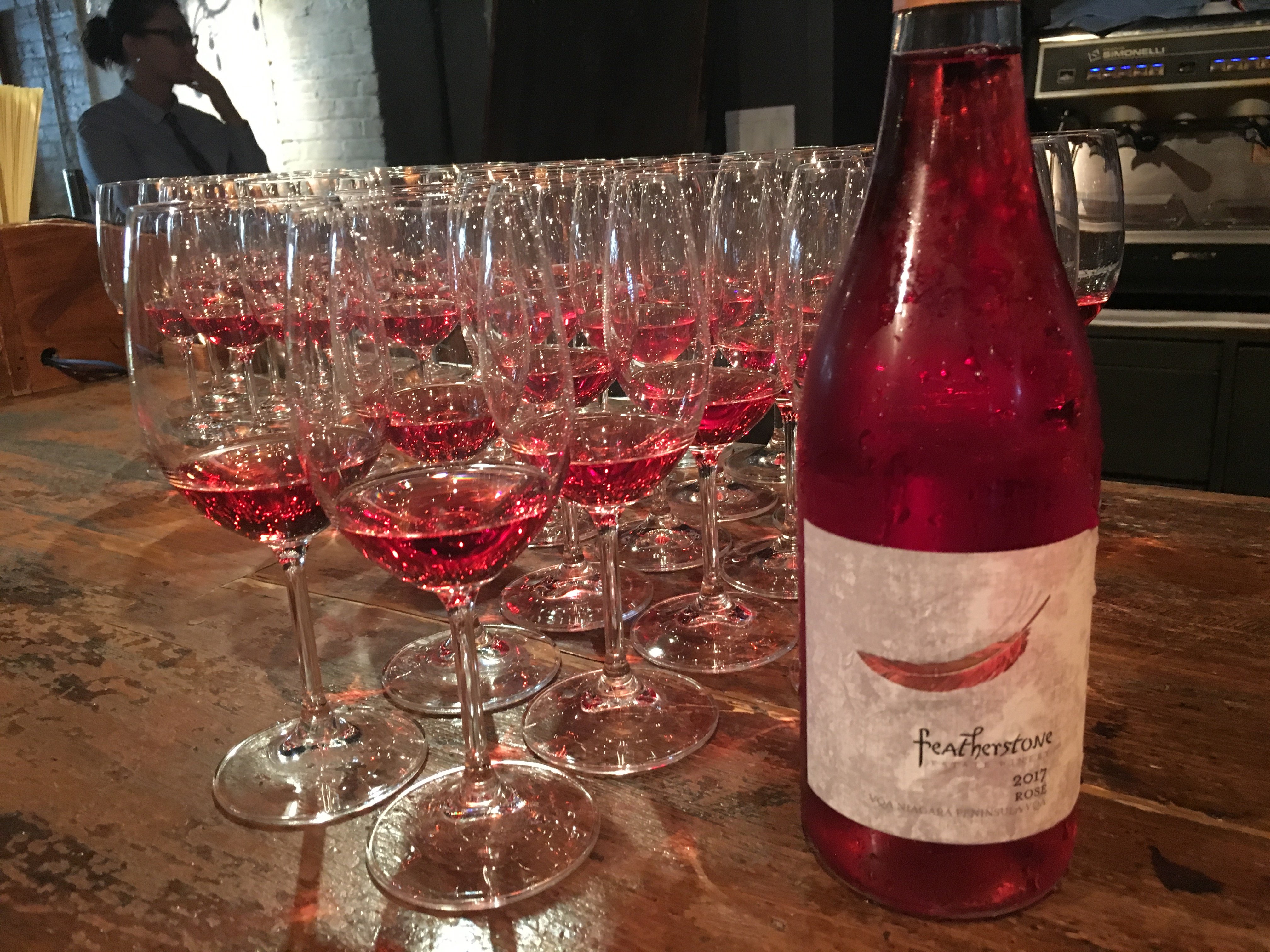 Reception after the structured tasting featured the Featherstone Rose 2017

Before entering the wine game in 1999, Louise and her partner, David Johnson, ran a gourmet specialty shop in Guelph. Louise and David have consistently taken an eco-friendly approach to farming. In 2003, Louise became a licensed falconer, working with birds of prey to deter nuisance birds in the vineyard. In 2007, Louise and David pioneered the use of lambs in vineyards in Canada; their top -selling signature wine, Black Sheep Riesling, is named for this natural vineyard practise. 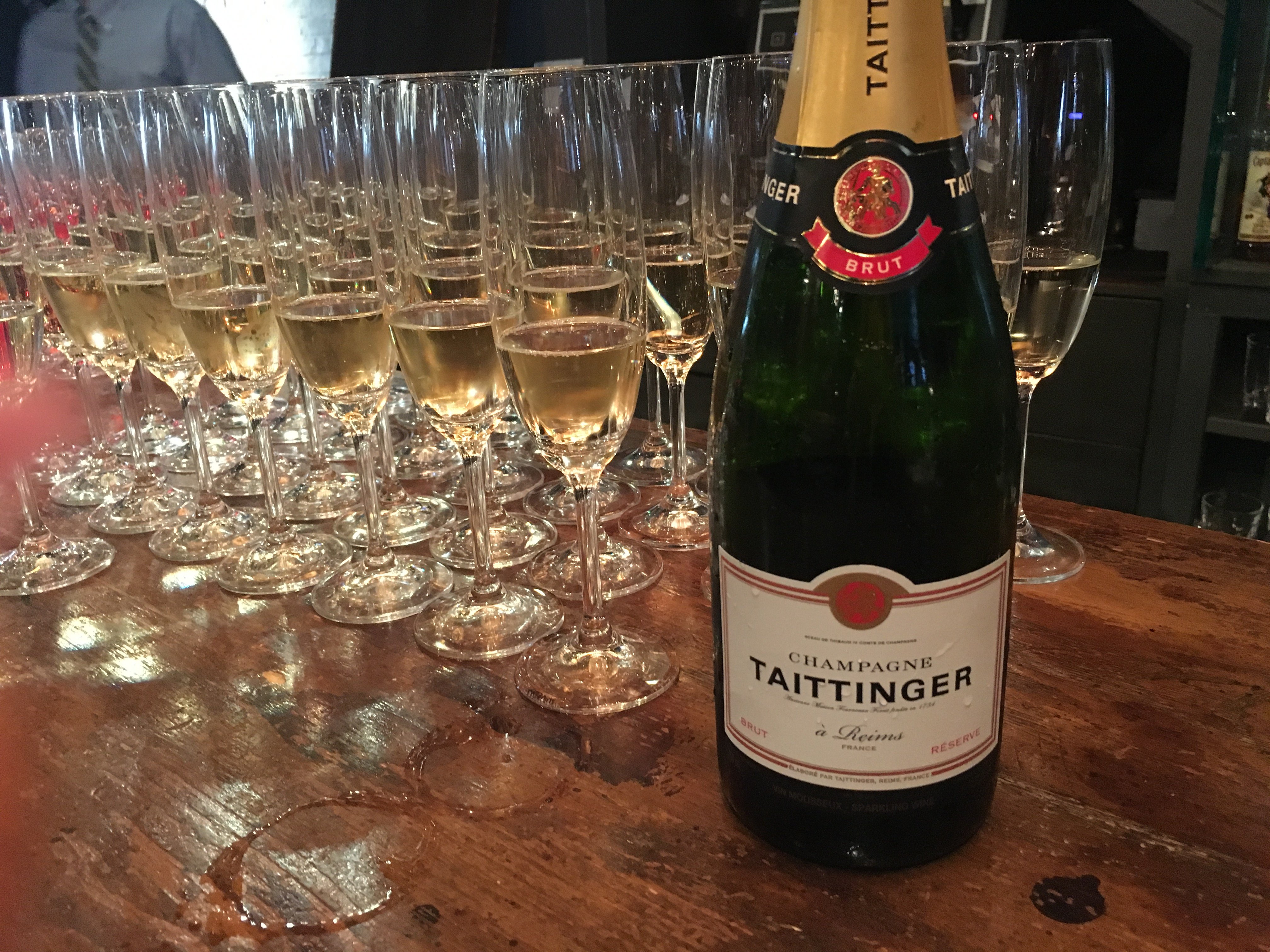 Vitalie graduated from the Emile Cohl School of Art, in Lyon, in 2001. In 2004, with Gilles Bernard, she published a monograph on the surrealist painter Alfred Courmes. Since 2015, she has been working as the head of Taittinger communication and marketing department and is responsible for ensuring that the Taittinger name remains front and centre, the world over, in any discussion of Champagne. As though life were not busy enough, Vitalie is also the mother of four children. 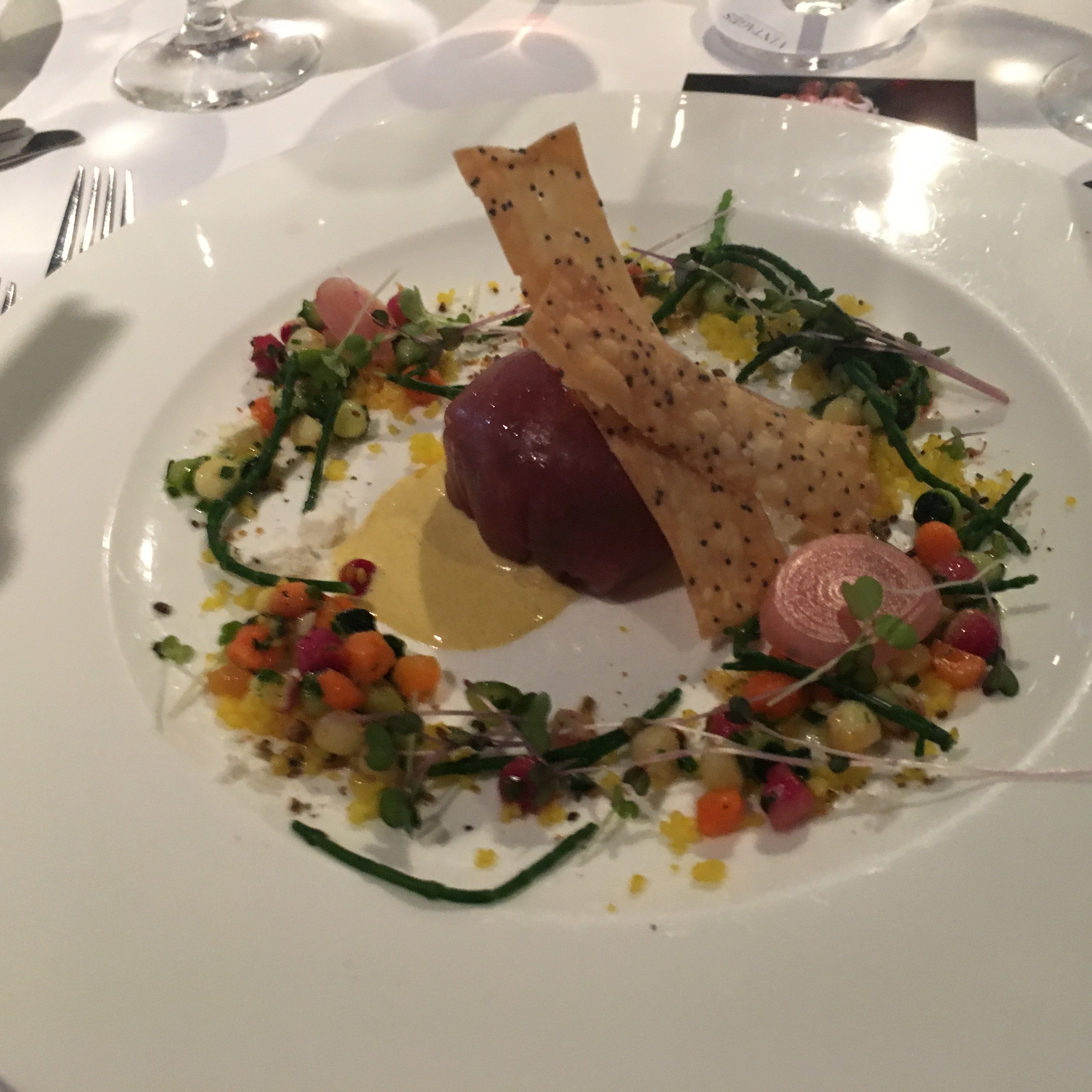 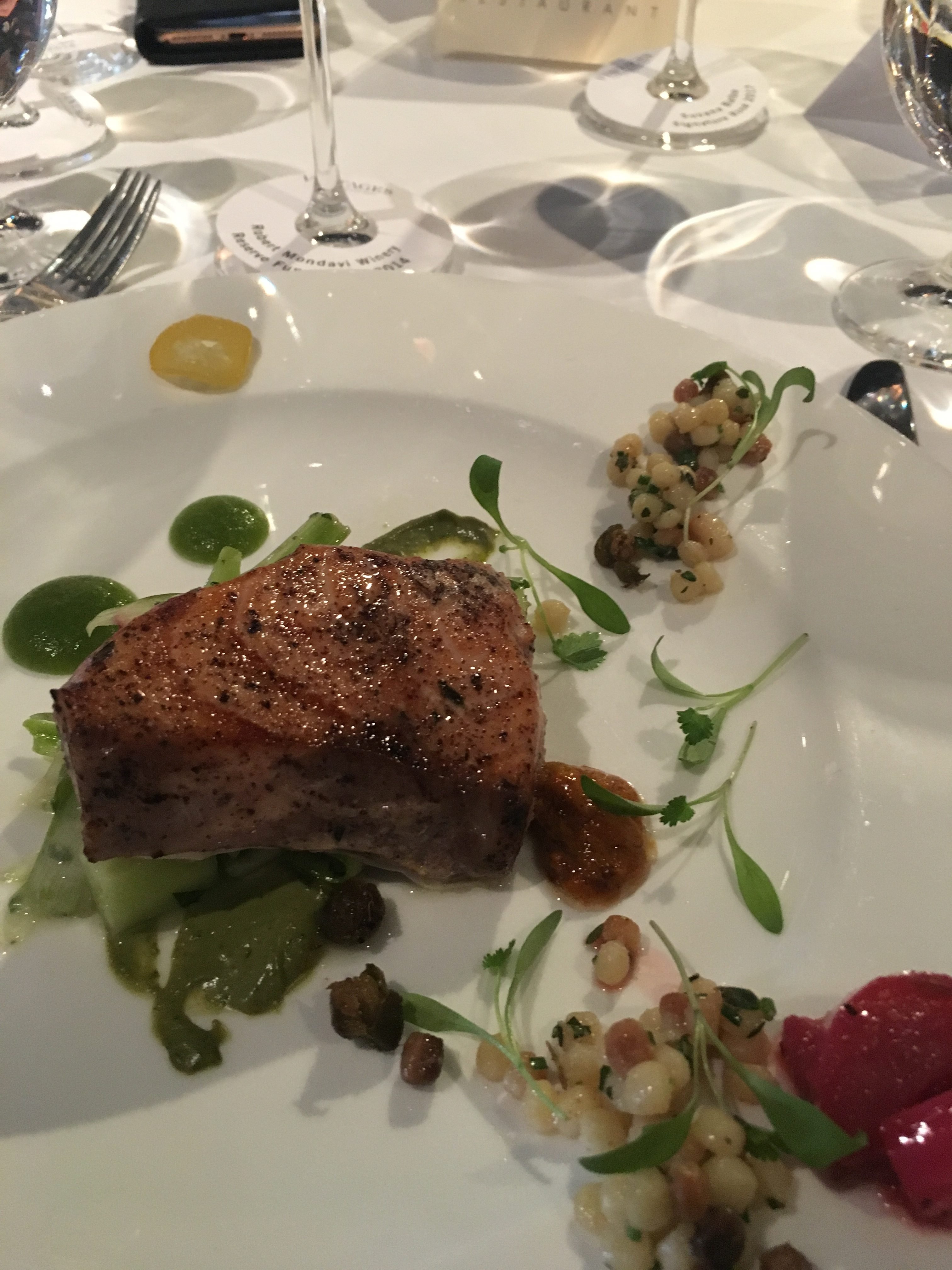 Megan grew up in St. Catherines, Ontario surrounded by grapes, but paid little not. She enrolled in Brock University in Ontario as a biotechnology student but was soon intrigued by the excitement around a new program being offered in oenology and viticulture. Her interest piqued, she applied, and was one of only 10 students accepted into the program. Before becoming a winemaker at Robert Mondavi Winery in 2015, Megan worked for Beringer and Buena Vista. 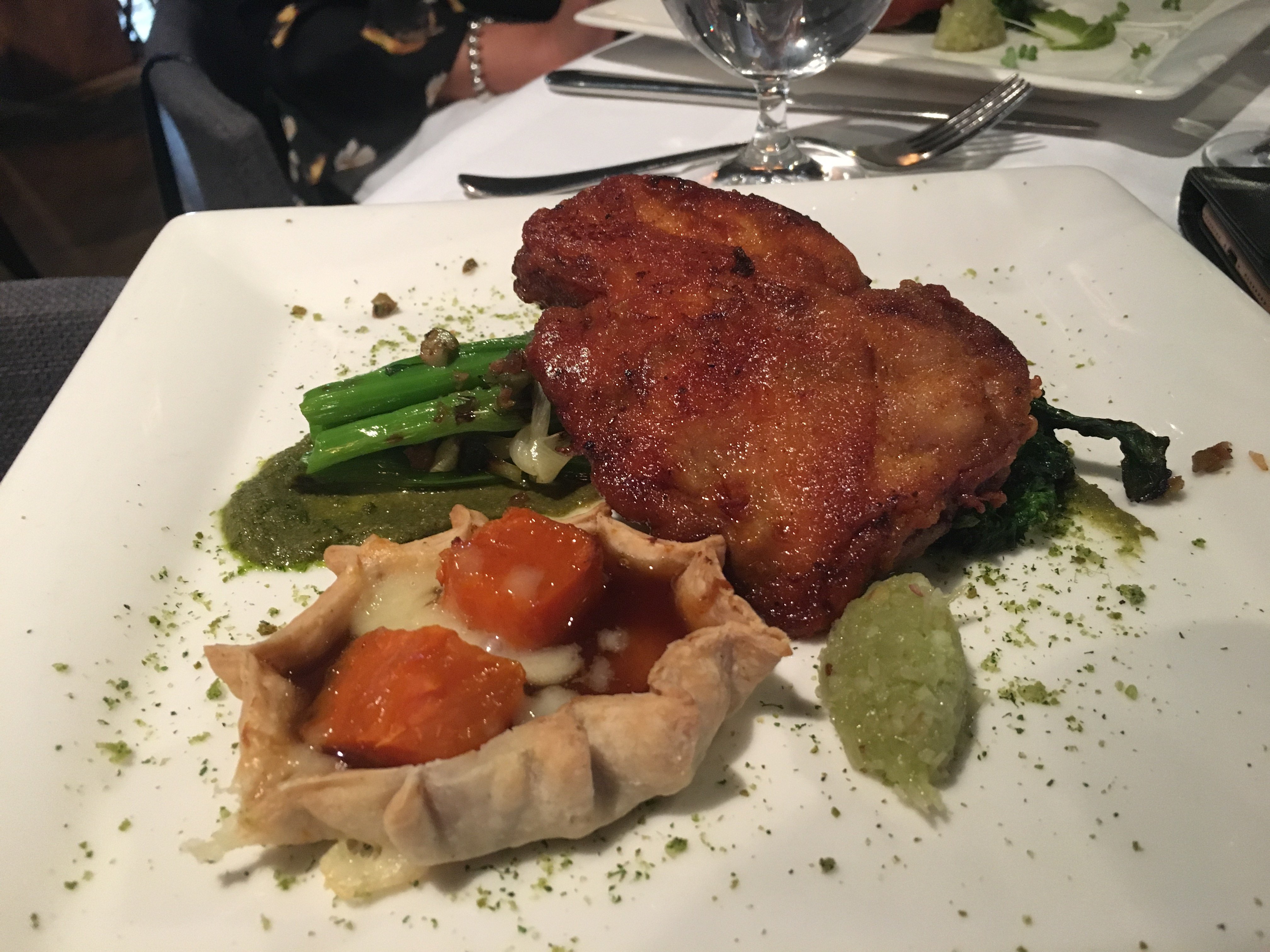 Heartbroken! We missed dessert!  It was a Lemon Tart with Italian meringue and pine nuts paired with the Robert Mondavi Winery 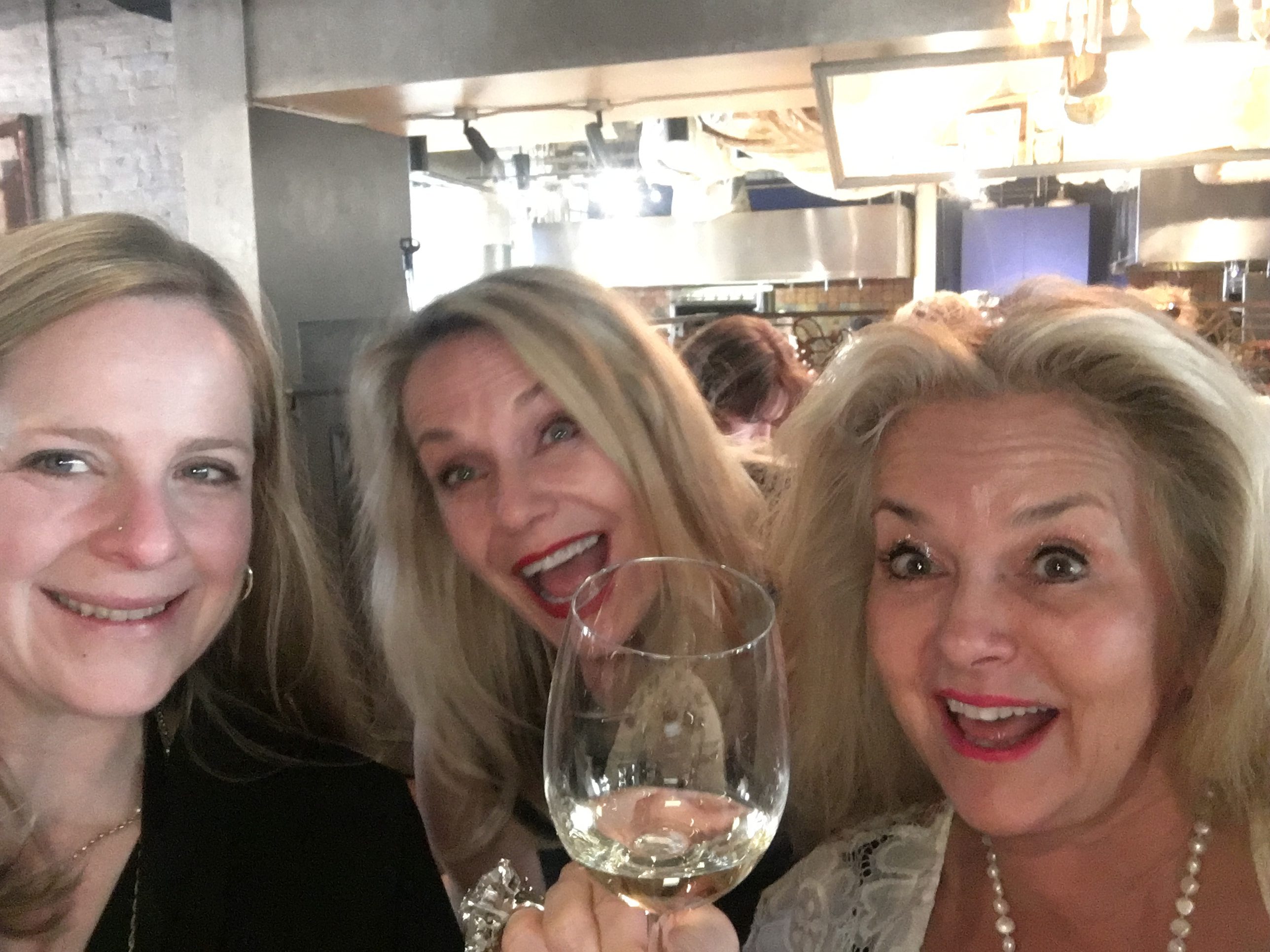 Selfie time with Megan Schofield, winemaker Robert Mondavi Winery! We had a blast! Adieu until we meet again!

Wine Trivia Contest from The Wine Ladies. Which of the following does not determine...
Scroll to top