Move over vino, there’s another big gig in town! Ultra-premium craft beers coming out of Europe are as unique and as flavourful as any Chardonnay or Cabernet, and they too embrace the role of partner when it comes to the pairing of food and drink. Not just any old beer will do, like a lager to white wine and an ale to red. And not only that…. says Beer Knight Guy McClelland, but each premium craft beer also has a story, a history, some dating back over ten thousand years!

THIS WEEK ON THE WINE LADIES TV WE WELCOME GUY McCLELLAND, PRESIDENT OF MPI.

Sir Guy is one of only four Canadians to be enthroned into the knighthood by the Confederation of Belgium Brewers, thus bearing the title of the Beer Knight. Guy will introduce us to an array of eight wonderful and unique European beers. We’ll learn the differences between lagers and ales, the importance of the right glass and why it is key to always use a glass… how to avoid that “bloated” feeling, why these pure natural beers are healthy, and much more will also bust some myths, that we know you are going to want to hear and be glad you did… when you do!

A LITTLE HISTORY THROUGH THE WORDS AND PASSION OF THE BEER KNIGHT.

Did you know historically ALL beer was ale? Lager was not invented until 1842. Do you know what key invention that year made lager possible? Hint: think refrigeration.

On what… never mind who has the “best life” ever “they have a lot of sex and they make beer” was the best quote of the show. Guy is referring to the life of the yeast. By the way, the red wine yeast is a little more vigorous, find out why. It gets awfully hot in that vat!

To pour ahead or not to pour ahead, that is the $64,000 question! Yes, says Guy, in a certain way to a specific height. Discover the power of the beer’s antioxidants and how NOT to miss out on them!

If you are okay with a bloated feeling after enjoying your favorite beer, continue drinking straight from the bottle, if not pour into a glass, some of which is most appropriate depending on the beer. According to Guy, the naturally fermented beer, on average contains 2.5 volumes of carbon dioxide…imagine that in your stomach which would be equivalent to 2/1/2 bottles of gas! Yikes. Thank you Beer Knight aka scientist.

JUST LIKE WINE, CERTAIN EUROPEAN BEERS HAVE TO COME FROM A SPECIFIC REGION AND ADHERE TO A SPECIFIC METHODOLOGY.

Just like wine, certain European beers have to come from a specific region and adhere to a specific methodology to bare the name on the bottle, similar to Champagne having to be made exclusively in Champagne. The same holds true for “lambic beers” which is one of the few technical legally protected terms for beer and refers to the indigenous yeast that only comes from the Zennevallei in Brussels. Special to be sure, Guy explains. 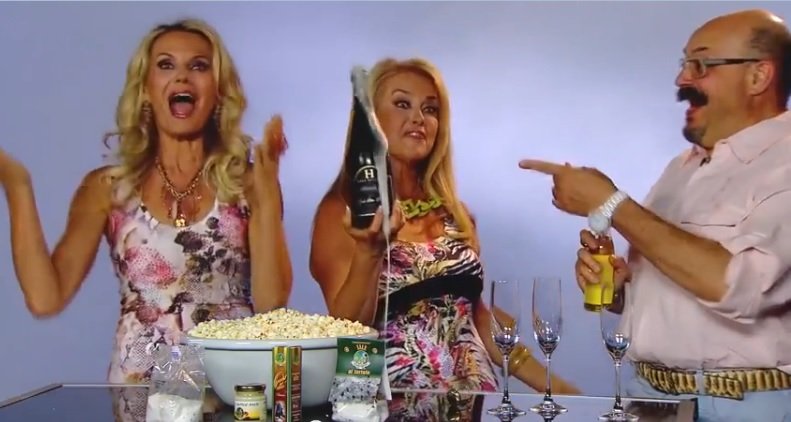 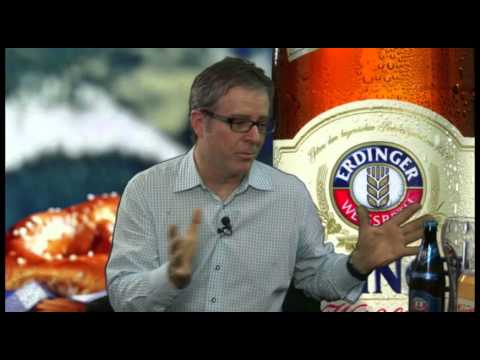 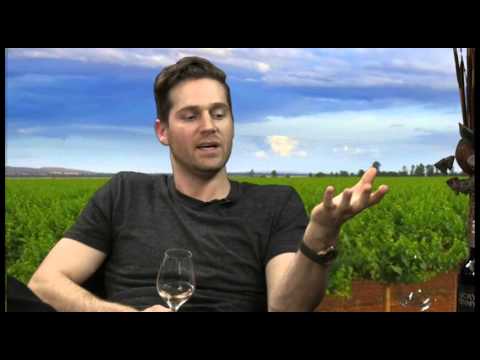 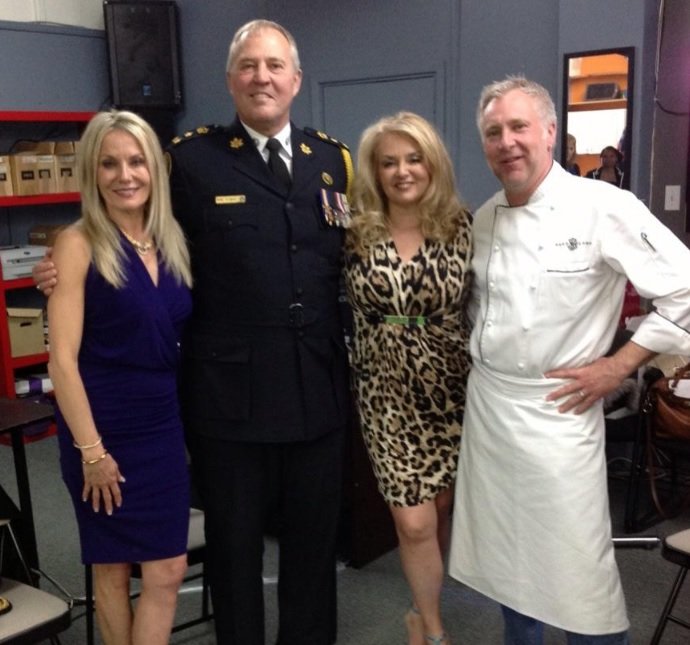 We invite you o join us for aspecatcular event taking place in Toronto, May 11th one that will be sure to hit all the high notes when it comes to amazing foods,wines and entertainment, and all for a great cause! The event is the 1st annual Interactive Chef Night , being hosted by the charity “ProAction Cops & Kids”, an incredible program designed to help connect police officers with at risk youth.

On the show to tell us all about it, we welcomed Toronto Police Chief William Blair, who started his policing career over 30 years ago as a beat officer in downtown Toronto. Over the years he has commanded so many pivotal roles, that in recognition of his many pivotal roles he was named Officer of the Order of Merit of the police forces in 2007. He shares the details of this very important police initative with our audience. Also on the show, one of our favourite Celebrity Chefs, Brad Long from Restaurant Makeover from the Food Network. He shares with us some of the food trends, inspired dishes for the event and all things organic. 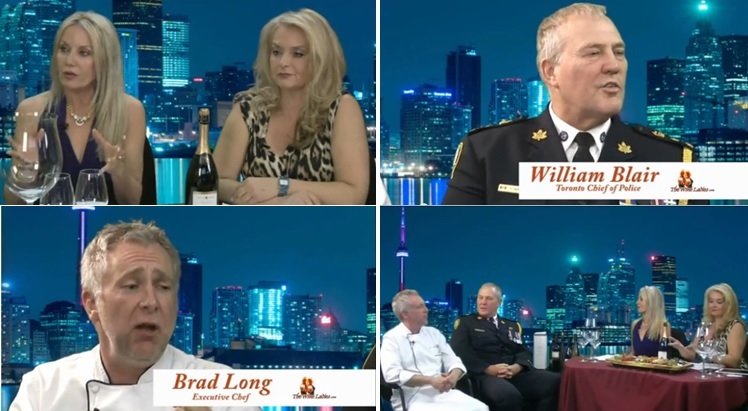 Wines tasted on the show from Peller Estates.

Also joining us on the show Constable Candy Graham of 11 Division in Toronto. Candy runs the popular “Cooking with Cops’ program , which is just one of the many ProAction Cops & Kids  programs. Candy is also joined with one of her students from the program Alexia Rio. 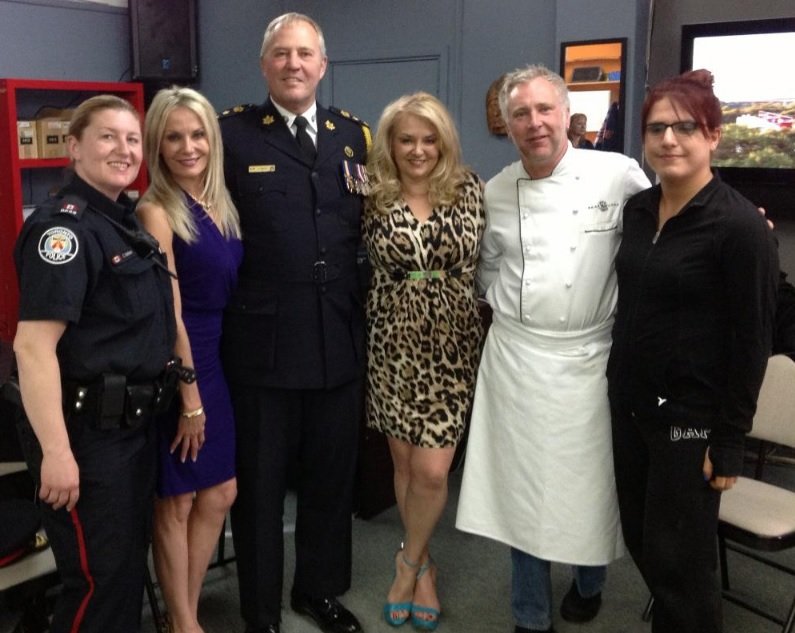 Love to Eat, Drink and be Merry! Join us May 11th for ProAction Cops & Kids Interactive Chef Night! 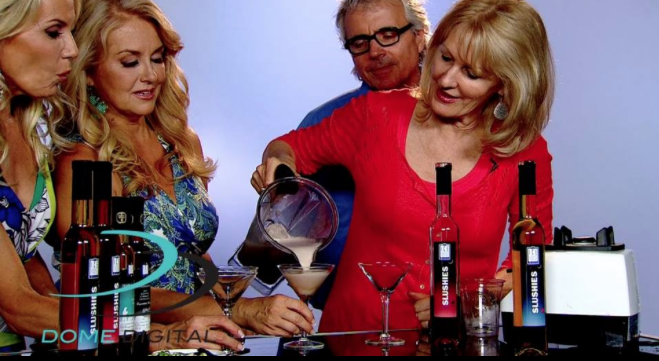 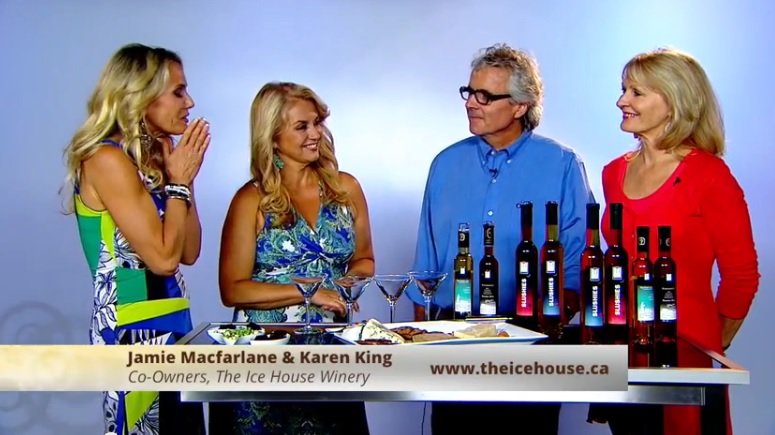 The Wine Ladies speak with Co owners Jamie Macfarlane and Karen King of The Ice House Winery in Niagara-on-the-Lake. Jamie also known as “The Wine Wizard” reveals why Canada’s Icewines are the best in the world. While Karen a “Sensory Specialist” shares pairing secrets other than sweets that go beautifully with this amazing wine. The Wine Ladies also make and enjoy The Ice House Winery world renowned N’Icewine Slushies. 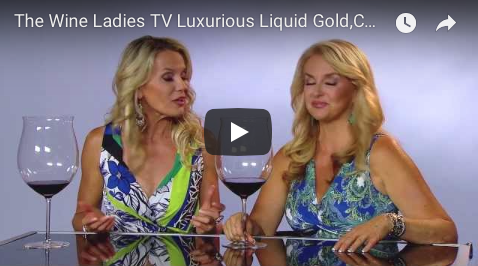 Our goal, to find unpredictable and healthy food pairings with Canada’s iconic wine, Icewine. What shall we find to pair with the Ice House Winery Icewines? 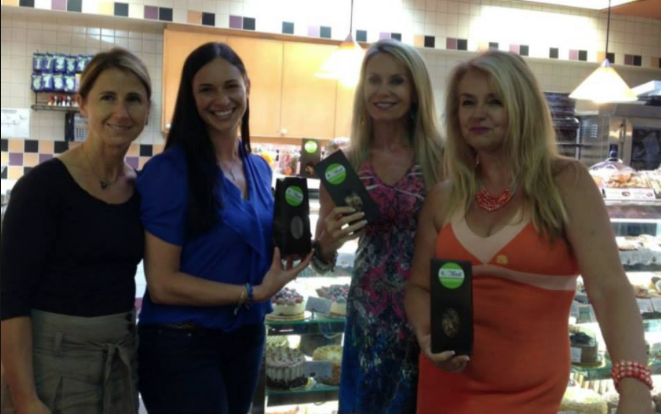 While at the market they meet Shannon Clark and Danielle Greco from 4TheLuvOfFood who share with them some really good news! Cheese and wine, fat burning, yes, it is true! They say eat what you want and lose body fat without dieting! Get healthy and transform your body.

Cheese and wine, fat burning? Yes, its true say founders Shannon and Danielle of 4 the Luv of Food ! 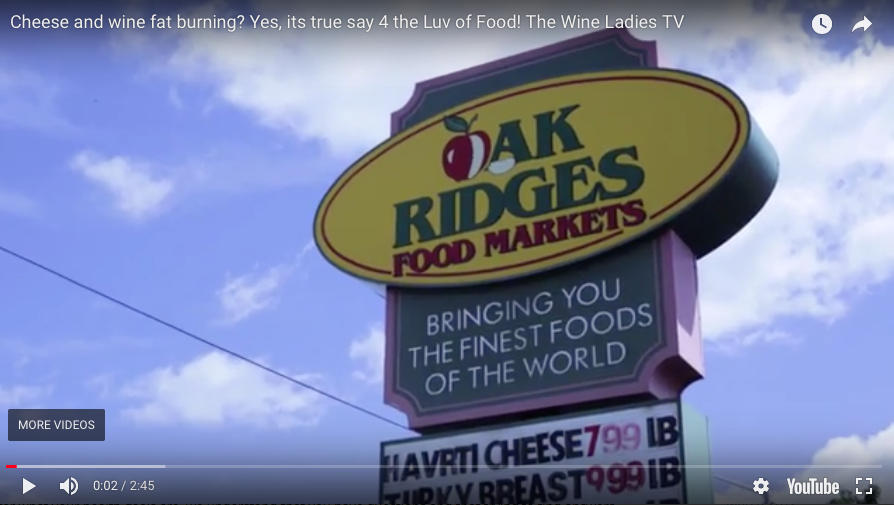 They say eat what you want and lose body fat without dieting! Get healthy and transform your body!The Wine Ladies TV goes on a shopping expedition at Oak Ridge Food Markets for unpredictable, and healthy food pairings with Canada’s iconic wine, Icewine. What shall we find to pair with the Ice House Winery Icewines?

Cheese is good, even Roquefort and Parmigiano if enjoyed with wine, paté is delish too! It’s about food combining and making balanced choices for optimal health and well being. We are in 100%, pass me a chunk of that homemade brittle please… it too is healthy! We love these gals!

Stop the dieting, end the guilt and transform your body in just 12-weeks!
No matter what your health goals are, we understand that you have questions and that trying to find answers can be confusing and overwhelming. Maybe you’re a single woman who wants to learn how to choose healthy options when you’re on that second date. Or maybe you’re a multitasking mom who requires more balanced nutrition than just eating your son’s leftover banana. You want answers and we’re here to give it to you.
This is where the dieting stops and your transformation begins. Forget short-term fixes, we believe in a balanced approach that will last a lifetime. This is your opportunity to eat what you love but in the right combination to lose body fat without dieting!
Get the results you’ve been craving and feel good naked in just 12 weeks! 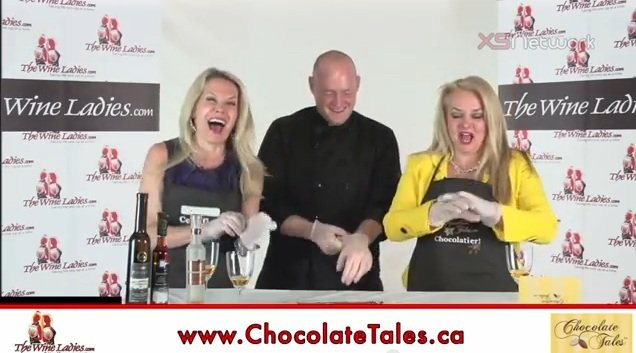