We had an opportunity to visit Kelowna and Okanagan wine country recently with a wonderful visit with Andy Gebert of St. Hubertus Estate Winery. Dating back to the mid 1920’s, the St. Hubertus & Oakk Baty vineyards are some of the oldest in the Okanagan Valley. Since 1984, the Gebert Family use sustainable farming practices on their 76 acre vineyard, to produce wines that reflect the terroir of the north Okanagan valley under the St. Hubertus & Oak Bay label.

Times are still pretty tough for many in the hospitality industry, and a 5 to 15 per cent increase to the bottom line wouldn’t be too hard to take. Monitoring your shrinkage due to waste, theft and poor controls with respect to alcohol might help you find a portion of those profits.

END_OF_DOCUMENT_TOKEN_TO_BE_REPLACED 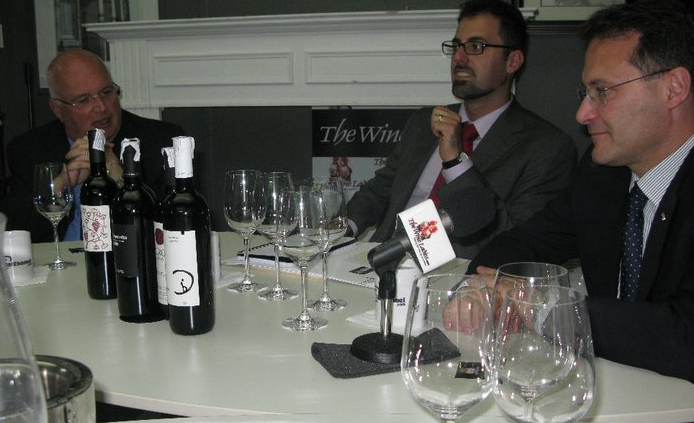 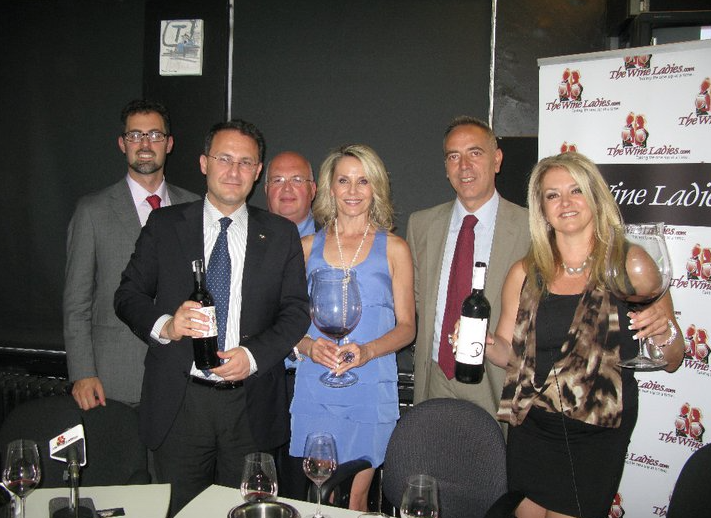 This week’s show is all about the wine growing province of Salerno. One of five that make up the sun soaked wine growing region of Campania on the Italian Peninsula in south western Italy. There are a number of wine principals and dignitaries from Salerno here in Toronto. This week a special event the “ Taste of Salerno” taking place at the Delta Chelsea.

Before they head over to the tasting we are very pleased to welcome our two special guests, all the way from Italy. The Honorable Edmondo Cirielli President of the Province of Salerno, Mr. Cirielli as well as President of Province of Enoteca di Salerno, Ferdinando Cappuccio. They will be speaking specifically on the wines, their origin, the unique grapes and taste profiles . And our translator Giorgio Tinelli from the Italian Chamber of Commerce of Ontario.

A wonderful winemakers dinner featuring the indigenous varietals of Aglianico and Fiano.

To view highlights from the evening.

Chin Chin to sun soaked Salerno, one of five that make up the sun soaked wine growing region of Campania, Italy. The Wine Ladies TV 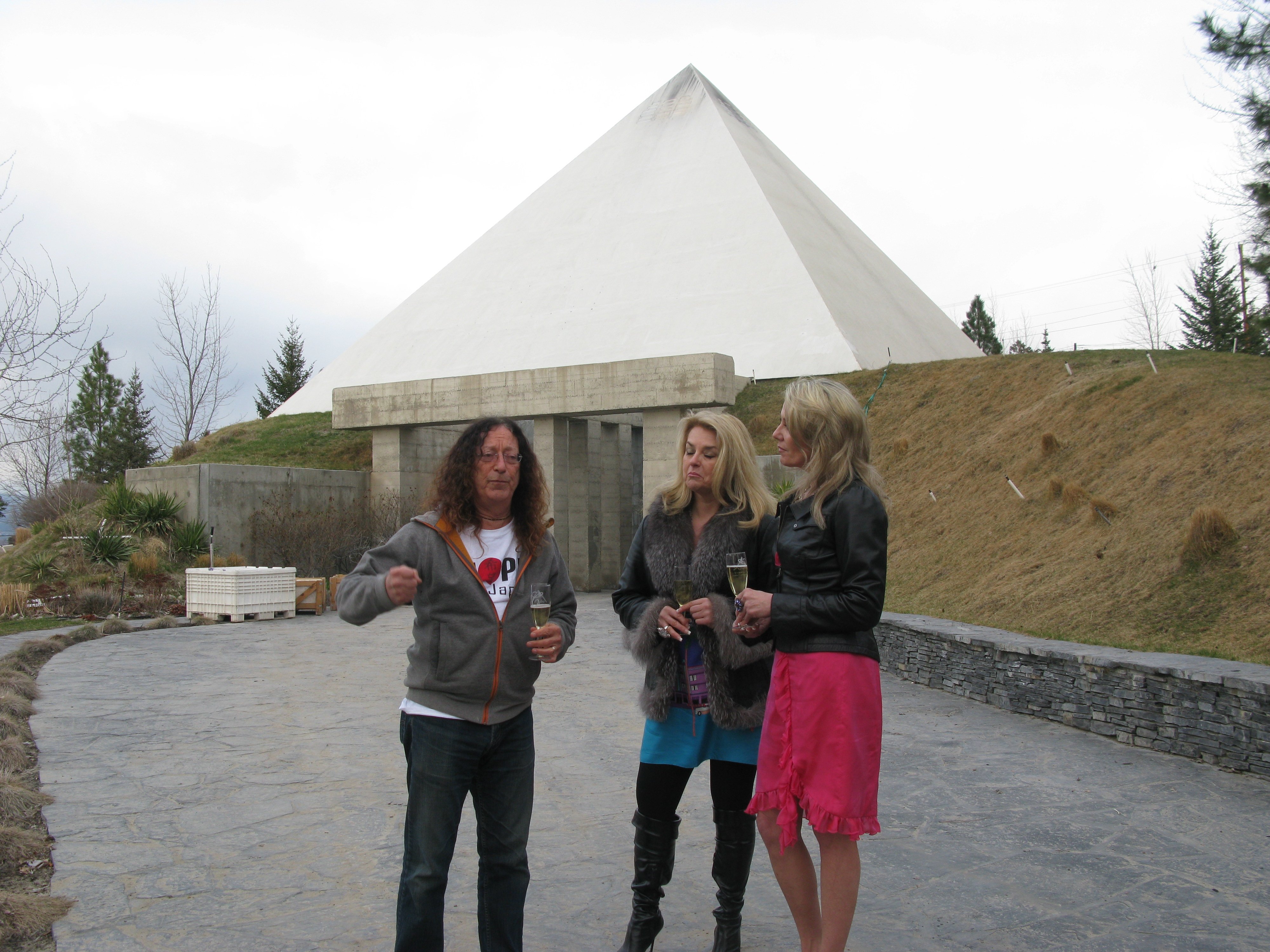 The mysterious effect this chamber has on the wines.

An indulgent, fascinating and delectable tour of “Canada’s most visited winery”, Summerhill Pyramid Winery in Kelowna, B.C. Steve Cipes, founder and owner explains the theory behind the pyramid, the resting place for his barrels. “The Summerhill Pyramid is second only to the Great Pyramid of Egypt for alignment and precision” he explains. Steve Cipes, engaging, passionate, colourful. Our brief tour is complete with sabering Cipe’s award winning sparkling wines set against the backdrop of the majesty of the Okanagan. 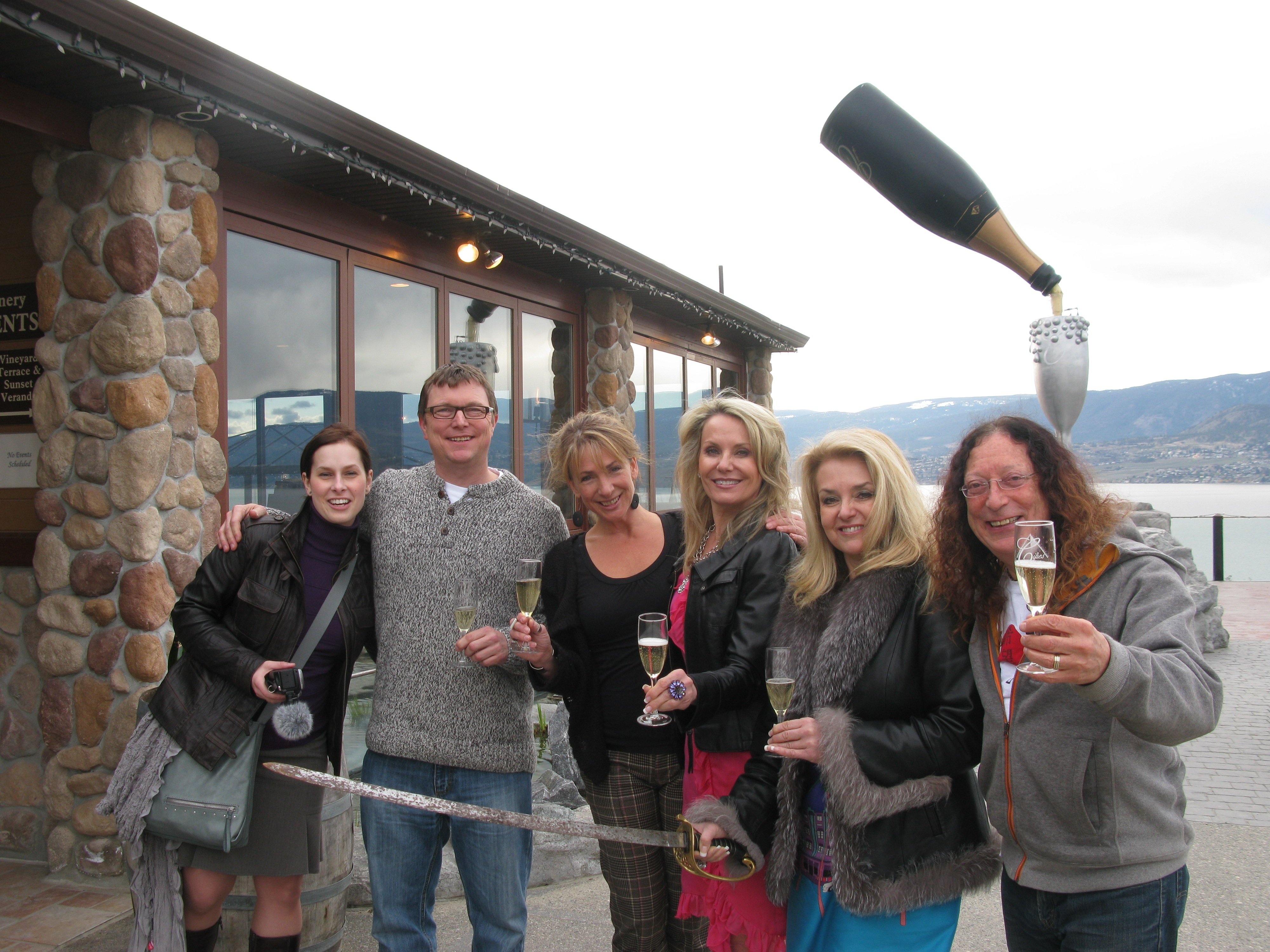 Meet Australia’s First Families of Wine, Guardians of the Soil with over 1,200 years of family winemaking.

END_OF_DOCUMENT_TOKEN_TO_BE_REPLACED

Last May, a group of Ontario wine producers headed to the U.K. to take part in the Seriously Cool Chardonnay event that featured the province’s top Chardonnays at a debut tasting held at Canada House in London for wine critics and the trade.

END_OF_DOCUMENT_TOKEN_TO_BE_REPLACED

Dianne Smith, winemaker from GreenLane Winery, the newest kid on the block in the Niagara region.

END_OF_DOCUMENT_TOKEN_TO_BE_REPLACED

Our 1st celebrity winemaker is Marco Piccoli of Jackson-Triggs, Niagara. He will showcase the signature wine, that has put Canada on the world wine map, Icewine.

Growing up in north eastern Italy in one of the world’s most established wine regions, it is hardly surprising that Marco Piccoli’s interest in winemaking started at an early age. However, it wasn’t until his late teens that his true passion was fully realized. Having worked on a number of vintages over the past ten years in Italy, Germany and Argentina, Marco’s experience in both the Northern and Southern hemispheres has provided him with enviable knowledge and skills that he now brings to his work at Jackson-Triggs. Brimming with a passion for winemaking that reaches far beyond the cellar door, Marco enhances the Jackson-Triggs style with his own signature.
“Wine is alive, and expresses its unique vigour from the vine right through to our palate,” he says, “and I enjoy infusing each grape with part of my own personality.” Recognizing that his challenge is to continue to create wines of exceptional quality and value, Marco looks forward to being part of Jackson-Triggs’ success well into the next decade. View a recent interview with Marco Piccoli at Jackson-Triggs here.

Entertaining, knowledgeable and charming Marco Picolli will showcase the signature wine, that has put Canada on the world wine map, Icewine. Although icewine or “Eiswein” was first created and continues to be made in Germany, Niagara’s entry into this extreme winemaking, although recent, has many experts around the world touting Niagara’s icewine as quite possibly the best in the world! Experience Marco Piccoli’s Cabernet Franc icewine, anticipate the alluring aroma of raspberry and plum with a hint of fig, intense flavours of berries and rhubarb with a silky lingering finish, Embrace the words and the passion of Picolli while you sip and savour this specialty nectar, often referred to as the “Nectar of the Gods”

To meet Marco Piccoli and purchase your tickets for the Open up your heart for Valentine’s Day with The Wine Ladies Wine Tasting Dinner and Dance all in support of the Heart and Stroke Foundation of Ontario please click here.

If you brought out the bubbly, chilled with a glass of rose or sipped fairly regularly on local wines in 2010, you were drinking pretty fashionably.