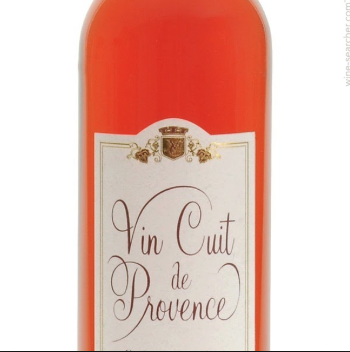 My brother-in-law and his wife just returned from a holiday in Provence and brought back a unique wine called “vin suit”. What exactly is vin cuit? I know “cuit” means“ cooked,” but I always thought it was a bad thing if a wine was described as “cooked.”

Yes, you are right in saying if a wine is being described as “cooked” it is definitely not a positive. What is cooked wine? Essentially, wine that has been damaged by heat either during transportation or during its storage. One potential sign of a cooked wine could be a cork possibly pushing itself through the capsule after it has expanded due to the heat. If the wine no longer has a fresh fruity flavour, but rather a flavour that seems stewed, baked or burnt, then you have a “cooked” wine. Vin Cuit on the other hand is quite a different story. It is rarely found outside of France. It is most commonly available in the south of France in the glorious wine region of Provence, where it originated.

After the harvest, usually sometime in October, winemakers begin the annual tradition of making Vin Cuit. Over a fire of oak wood, they place a huge cauldron filled with the juice from select pressed grapes, usually Grenache, Cinsault and Syrah. The juice is then cooked for about ten days with a constant watch over so as not to boil. The liquid is reduced by as much as half and leaves a concentrated level of sugar. The juice then ferments, with a majority of the sugar being converted to alcohol but not all resulting in a high sugar as well as fairly high percentage of alcohol in the wine. Final step is the aging of the wine in oak barrels for up to two years. Vin Cuit is considered a dessert wine and apparently pairs beautifully with Roquefort cheese and foie gras. There is only a very small production of Vin Cuit as you can imagine and quite a find.